The over the top announcement came in front of thousands at an electronic dance festival, complete with fireworks. 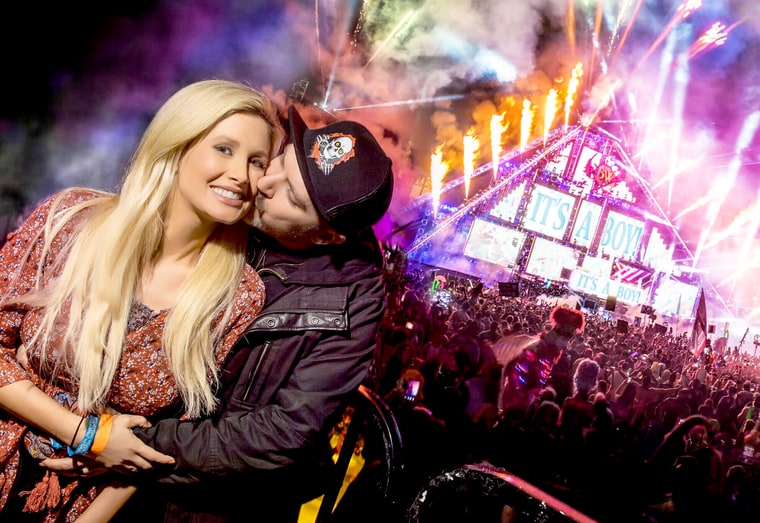 The couple announced their pregnancy in January, and stated that their first child, Rainbow Aurora, 3, would love to a sister.

“She really wants a sister. So, if it’s a boy, I hope she’s not too disappointed.”