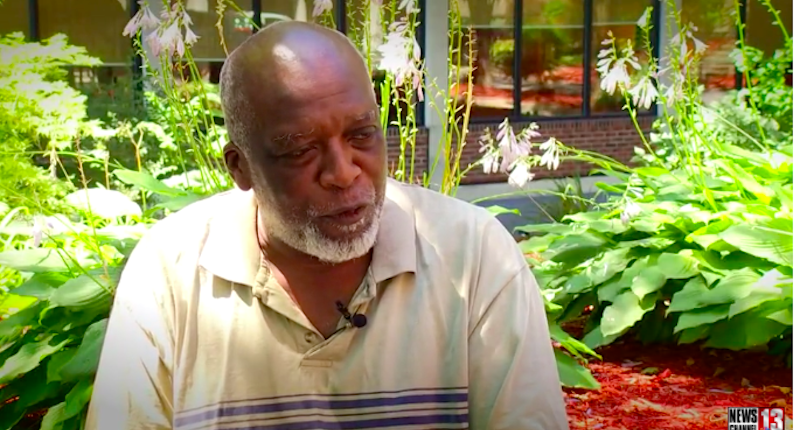 The Times Union reported Thursday morning that a Home Depot employee at the Central Avenue store in Albany was fired after what he considers pretty nasty verbal abuse from a customer.

The employee in this case was a 60-year-old black man, who says the abuse was racist and unlike anything he’d ever experienced. He’s still shocked he was fired over it.

When Maurice Rucker was working at the Albany Home Depot last Thursday, a customer approached the checkout with an unleashed dog – so Maurice tried to be a good employee.

Rucker was understandably shocked. However, it was just the start of a barrage of insults — some of them racist.

He says, ‘If Trump wasn’t president, you wouldn’t even have a job.’ He said, ‘You’re from the ghetto, what do you know?'”

“I’ve lived all over the country and I’ve had no one talk to me the way that this guy talked to me,” noted Rucker.

Finally, Rucker couldn’t help but say something to him.

“‘You’re lucky I’m at work, because if I wasn’t, this wouldn’t be happening, or you wouldn’t be talking to me like this,'” recalled Rucker.

The man left, then came back because he forgot his dog, insulted Rucker again and was gone.

That incident with the customer was last Thursday and when he reported to work this Tuesday, he was told he was being fired. It seems drastic given his long-term employment with the company and that he says he was just named “Cashier of the Month.”

I contacted Home Depot and Spokesman Stephen Holmes told me Rucker did not follow protocol for dealing with an angry customer, saying:
“The problem here is that he had several opportunities to disengage and contact management to deal with the customer. We’re appalled by this customer’s behavior, but we also must require associates to follow proper protocol to defuse a situation for the sake of their safety and the safety of other associates and customers.”

Rucker says managers told him the customer called to complain about him.

“He said that I was being racist and that I said I would knock him down. He just told him a bunch of lies and it seems like they believed him,” said Rucker.

After 10 years with the company, Rucker says he was making less than $13 an hour. He said he’s considering contacting an attorney.

Looking forward, he hopes to find a job working with children. Among his duties at Home Depot was running the kids’ workshops.

Here is another instance of Home Depot treating their employees like trash.

Meet Mr Roy Hall. Mr Hall was scheduled for hip surgery, he filed the necessary paperwork with HR and a month before his surgery, Home Depot fired him claiming he didn’t write up an associate.