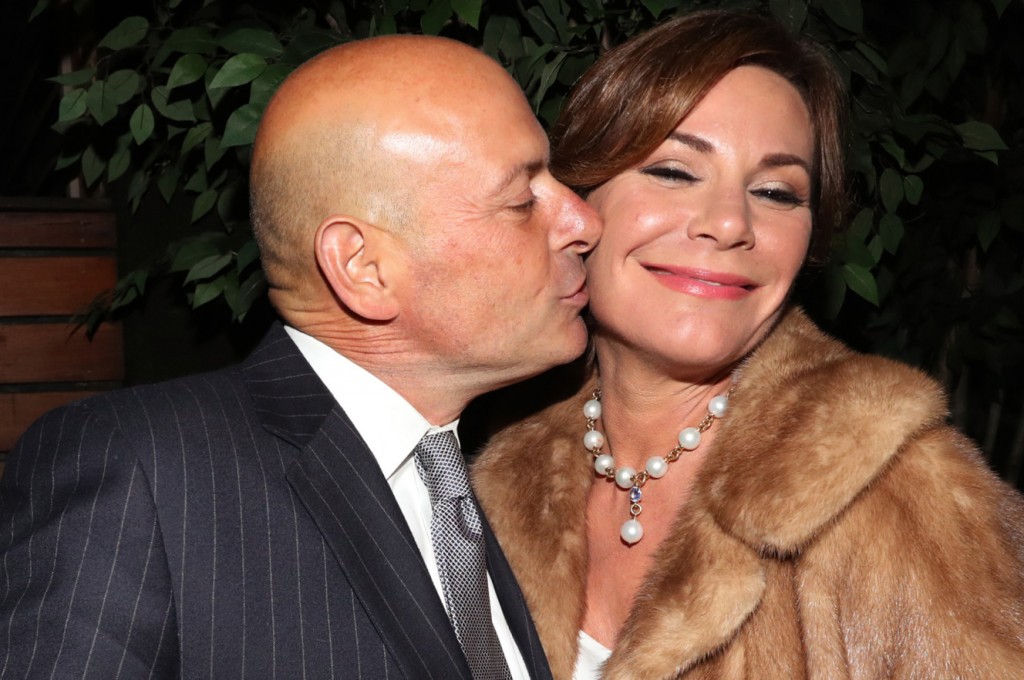 We’re told the pair filed jointly for divorce in Sag Harbor, Long Island, on Thursday after a tumultuous romance.

We reported last month that the pair had got into a physical confrontation in a New York restaurant — during which de Lesseps slapped her husband — and that the marriage was hanging by a thread. (De Lesseps denied slapping D’Agostino, calling it a “love tap” amidst the blowout fight.)

De Lesseps, 52, claimed that they just have a passionate relationship and that they were working through their issues.

A source tells us that D’Agostino, 50, who founded a printing business, quickly tired of the “reality TV lifestyle.”

“He used to live this really nice life in the city,” we’re told. “He’s a private person and all of a sudden he was living this crazy celebrity life.”

“He loved the nurse from Connecticut [De Lesseps was once a nurse], not the reality TV star,” said the source.

But we’re told that since the beginning of the marriage — which began in the shadow of D’Agostino’s infidelity — they have broken up and gotten back together a number of times.

We’re told the twosome has been fighting a lot and that D’Agostino is getting sick and tired of the drama.

Her relationship with D’Agostino got off to a bumpy start after it was revealed — shortly after they began dating in late 2015 — that he had previously dated “Real Housewives” co-stars Ramona Singer and Sonja Morgan.

Many were surprised that de Lesseps went through with the wedding after co-star Bethenny Frankel showed de Lesseps photographs of D’Agostino kissing his ex-girlfriend at the Regency Hotel on the night before their February 2016 engagement party.

She later told People, “It felt like someone ripped my heart out of my chest.” But “I’m not going to let a stupid kiss ruin the rest of my life … He screwed up. What he did was wrong. But this wasn’t premeditated. It wasn’t an affair. It was a mistake.”

A rep for de Lesseps did not return a request for comment, while a rep for D’Agostino declined to comment.

It's with great sadness that Tom & I agreed to divorce. We care for each other very much, hope you respect our privacy during this sad time!