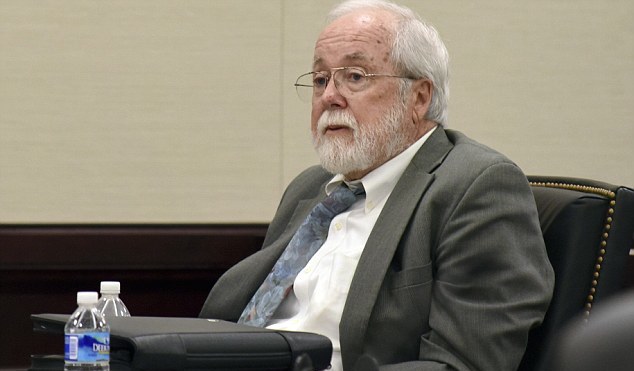 via Roanoke:
Just seconds after a jury convicted Mark Ward Faville of voluntary manslaughter Friday afternoon, he took his own life in a courthouse holding room.

The Montgomery County jury’s verdict was read, and Judge Brett Geisler called for a short recess prior to the sentencing phase of the trial. Faville had just been led out of the courtroom by two deputies to go to a holding room when a commotion ensued.

A sheriff’s deputy could be heard yelling “drop it, drop it!” and the fourth floor of the courthouse was evacuated. Later, the entire courthouse was put on lockdown until around 5 p.m.

Christiansburg town spokeswoman Becky Wilburn said in a news release that Faville “was pronounced dead at the scene. At this time, it is believed Faville died from a self-inflicted wound.”

The Christiansburg Police Department will be handling the death investigation moving forward.

Multiple sources told The Roanoke Times that Faville did not die of a gunshot wound. 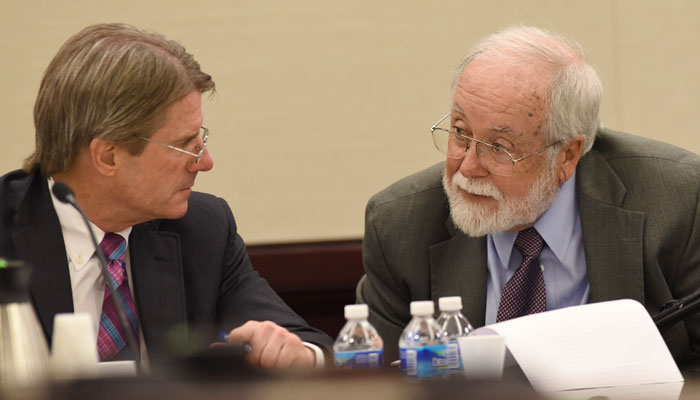 The Montgomery County Courthouse is patrolled by county sheriff’s deputies. Additionally, courthouse entrances are under high-security — no cellphones are allowed inside, all belongings are passed through an X-ray machine and visitors themselves must walk through a metal detector.

The incident came after a week-long trial in which jurors listened to dozens of witnesses and ultimately decided to convict the 72-year-old man on the lesser charge of voluntary manslaughter. In Virginia, voluntary manslaughter is a class 5 felony which carries with it at least one year and up to 10 years in jail.

Faville has been out of jail on bond since 2013.

The verdict was determined by 12 jurors — 10 men and two women. One juror was released from the case Thursday after becoming ill, and an alternate that has been on the panel did not participate in the Friday deliberations.

The case included hours of testimony, but none from Ward Faville, who did not take the stand. Faville’s two daughters testified for the prosecution.

Anne “Mickey” Faville, 52, a fifth-grade teacher at G.W. Carver Elementary School in Salem, died in the Favilles’ Montgomery County home in March of 2000.

The crux of the case hinged on two different autopsies by assistant chief medical examiners for Western Virginia: the initial report completed by Dr. William Massello, who has since left his Virginia job, and one done later by current medical examiner Dr. Amy Tharp.

Massello found that evidence showed Anne Faville died from choking on a piece of chicken. Tharp, who reviewed the autopsy evidence 12 years later upon law enforcement’s request, ruled that the evidence showed Faville was suffocated in a homicidal manner.

On Friday morning, the defense and prosecution gave their closing arguments.

“Not only did Anne Faville die the evening of March 7, 2000, [but] so did a family and all the good memories a family will face,” Dean Manor, assistant commonwealth’s attorney told the jury. “You cannot lose sight of the fact that the principal in this case is family.”