via Sun Sentinel:
Two days before her death, Gemma Burlakoff told her dad everything was fine. She and her husband, Ian Burlakoff, fought often and were taking steps toward divorce, but on Friday, life was good, said her father, Frank Villareale, 70. Then on Sunday, the couple went to dinner at a Boca Raton country club and got into an argument. 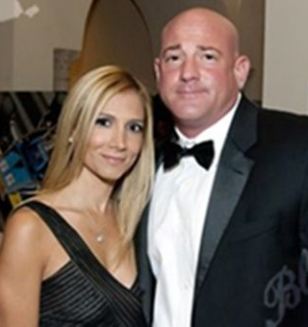 By the end of the night, both were dead. Authorities say Ian Burlakoff, 41, shot his 37-year-old wife around 6 p.m. near 500 South Ocean Boulevard, then died after a responding officer fired shots at him when he reached for a handgun.

The two shootings have been turned over to the Palm Beach County Sheriff’s Office, which is investigating both. The incident shocked residents of the upscale community, which rarely sees much crime.

Court records show Ian and Gemma Burlakoff were married in 2005, and began seeking a divorce in June. Ian Burlakoff was a general manager at King Hyundai in Deerfield Beach and had been in the automotive industry for 23 years, according to his profile on the dealership’s website. His wife studied occupational therapy at Florida State University, her father said. Villareale described her as friendly and personable, but said the couple often fought over his “gambling habit,” Villareale said. No one from Ian Burlakoff’s family could be reached for comment despite phone calls.

Between the two of them, they had four children ranging from 15 months to 12 years. They lived in a sprawling, nearly $2 million home in suburban Boca Raton, but were losing it, Villareale said.

Records show they owed between $1.4 million and $1.8 million on the house, which was set to be sold at auction on March 25 if it wasn’t paid off. In June, Ian Burlakoff filed for divorce, which was still pending. Years earlier, he had sought a protective order against his wife, but chose to dismiss it in December 2005. Further details on that case were not available Monday.

After the couple began fighting on Sunday, Villareale said Gemma Burlakoff tried to escape to her mother’s condo at Chalfonte, an oceanfront highrise on Ocean Boulevard. But her husband followed her there and shot her at about 6 p.m. across the street from the building. Palm Beach County Sheriff’s Office spokeswoman Teri Barbera said Boca Raton police officers who responded to the shooting encountered an armed Ian Burlakoff in the northbound shoulder of Ocean Boulevard. He ignored officers’ commands and reached for his handgun, and a Boca Raton police officer fired shots at him, she said.

Jim Lupfer, 62, said he was watching a football game with family when he heard the “pop, pop, pop” sound outside his house. He and his wife, children and grandchildren headed to the second floor of the house, not knowing what was happening.

“All we heard was shots,” Lupfer said. “And you assume the worst.”

Officers rushed past the side of the house. Lupfer said he looked out the window and saw a woman’s body on the ground. The street quickly filled with police cars and officers. They remained there for hours. Police found Gemma Burlakoff’s body in bushes next to Lupfer’s house. Her husband died across the street.

“It’s very tragic that both are dead,” Villareale said, before saying he couldn’t talk anymore and getting off the phone.

Lupfer, who said his family was still shaken by the shootings Monday afternoon, echoed that comment.

“It’s just a tragedy that violence like this can happen,” he said.