Italy is to close all shops except food stores and pharmacies in Europe’s toughest lockdown yet as virus deaths and cases continue to mount.

Earlier the World Health Organization (WHO) said the outbreak was a pandemic.

He said he was “deeply concerned” by “alarming levels of inaction”.

A pandemic is defined as a disease that is spreading in multiple countries around the world at the same time.

What is Italy doing?

In a televised address, Mr Conte said any impact of the tightened restrictions – in force from Thursday until 25 March – on the rate of new cases would take a couple of weeks to be seen.

The country has already closed schools, gyms, museums, nightclubs and other venues across the country.

The confirmed cases include a player for Juventus football club, Daniele Rugani. The player was currently asymptomatic, the club said.

“Juventus Football Club is currently activating all the isolation procedures required by law, including the census of those who have had contact with him,” a statement said.

Nearly 900 people with the virus in Italy were in intensive care, the WHO’s emergencies head Michael Ryan said.

“Iran [another outbreak hotspot] and Italy are suffering now but I guarantee you other countries will be in that situation very soon,” he said.

What did the WHO say?

Dr Tedros said that calling the outbreak a pandemic did not mean the WHO was changing its advice about what countries should do.

He called on governments to change the course of the outbreak by taking “urgent and aggressive action”.

“Several countries have demonstrated that this virus can be suppressed and controlled,” he said.

“The challenge for many countries who are now dealing with large clusters or community transmission is not whether they can do the same – it’s whether they will.”

Governments had to “strike a fine balance between protecting health, minimising disruption and respecting human rights”.

“We’re in this together to do the right things with calm and protect the citizens of the world. It’s doable,” he said.

His appeal was followed by the several other countries announcing ever more stringent restrictions to try to prevent the virus taking a hold.

Denmark – which has 514 confirmed cases, up 10-fold since Monday, but no deaths so far – is to close all schools and universities from Friday and will send home all public sector employees who are not in critical roles in the coming days. The government also urged the cancellation of events with more than 100 people attending.

Meanwhile India has suspended most visas for foreigners until 15 April and Guatemala is banning European citizens from entering from Thursday. 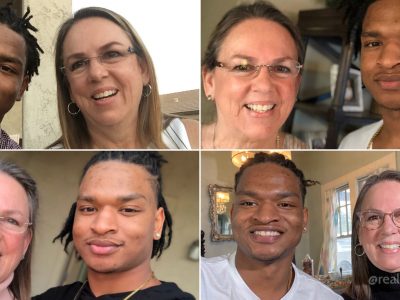