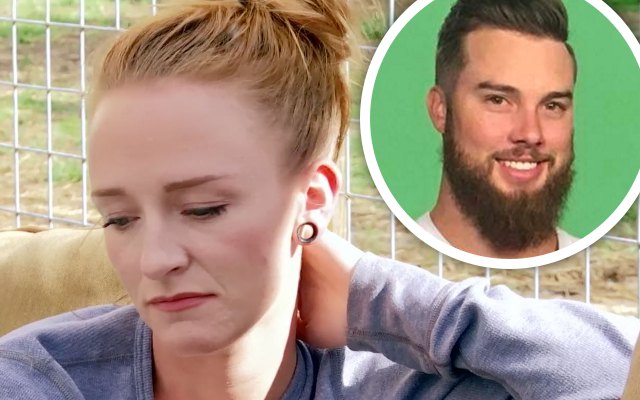 The Teen Mom star admits: “We’ll drink and freak out!”

While Maci Bookout has been dealing with her baby daddy’s substance abuse issues, her personal life is falling apart as well. In a Teen Mom OG sneak peek, Bookout reveals her marital issues to her husband of less than a year.

“Obviously having three kids is catching up to us,” she said of husband Taylor McKinney. “Eighty five percent of the time we’re good to go. The 15 percent is hell.”

Bookout then explained to her friend that their constant drinking contributes to their relationship problems.

“All of our stress and emotions we take out on each other,” she said. “When the cameras leave we’ll drink and freak out. It’s always literally the smallest things. It’s such small stuff but it blows up.”

Bookout’s friend then advised her and McKinney to attend couples therapy.

“It’s not going to go away,” she said of their problems.

The relationship issues come as a shock to TMOG fans, as Bookout and McKinney haven’t been caught on camera fighting.

The couple, who tied the knot in October 2016, share children Jayde, 2, and Maverick, 1. McKinney is also a stepfather to Bentley, 8, who is Bookout’s son from a previous relationship with Ryan Edwards.

“I’m going to be like, you have to go to rehab,” she told her husband. “Right now it’s about saving his life. Most nights I’m crying in our bed talking to you about whether or not today is the day he’s going to die.”

“Here’s a thought… maybe instead of making assumptions and tearing people down, you could spend that time praying for us instead,” she tweeted, adding, “Strong is beautiful.”