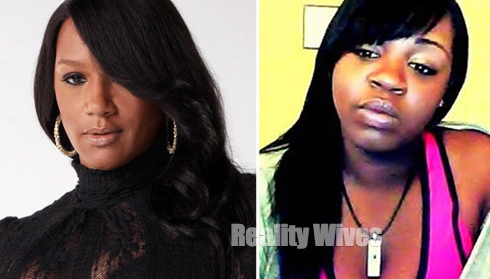 Say what?! In what the hell news, Jackie Christie finally talked about her daughter Ta’Kari Christie’s issues. As you know Ta’Kari has written blogs about her mother’s fakeness and evicting her and her two young children. So Jackie says the reason for Ta’Kari’s animosity is because Ta’Kari has issues because she’s dark “skin-ded”. Really? Skin-ded? That’s Ta’Kari’s issue? Right….

I know a lot dark-skinned girls that have major issues with their skin tone, and I feel unfortunate for them because I think it’s a beautiful color. Dark skin is gorgeous and beautiful. Me and my husband have talked about that before and we have a daughter [Chantel] that’s very light-skinned, very fair or pale-skinned, so in our family it kind of goes across the gamut and Doug has white in his family. And when I met him, people were like, ‘Oh my God, you’re going to be with a white boy!’”

But you know, it’s funny, a lot of African-American girls already, as a black people, we feel we’re being oppressed – which we are, we’re not equal yet by any means – so by them being a darker skin, they feel like, ‘Oh my God, it’s even worse for me. And we have a dark-skinned daughter [Ta’kari from Jackie’s previous relationship] that’s a little older and she fights with that self-esteem issue a lot, too. And she’s very pretty, but she still feels like, ‘Why did I have to be born dark?’ I tell her, ‘You’re beautiful. You have caramel skin, you know it’s a darker tone, and it’s gorgeous. You can wear whites, and baby blues, and lime greens, and it looks stunning. So don’t worry about that.’

If you have read Ta’Kari’s blogs you will know, Ta’Kari has nothing nice to say about Jackie, so I am not sure if this is a dark skinned, light skinned issue. Who says skin-ded anyway? Jackie’s supposed answer to her daughter’s skin color issues, ‘you can wear whites, and baby blues, and lime greens, and it looks stunning. So don’t worry about that.’ Is Jackie on drugs. If her daughter did have issues with her skin color, that would definitely not be the way to handle the problem. You can wear whites?! Jackie’s statement is a joke, how Jackie kept a straight face during the interview is beyond me. 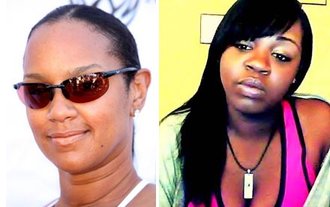