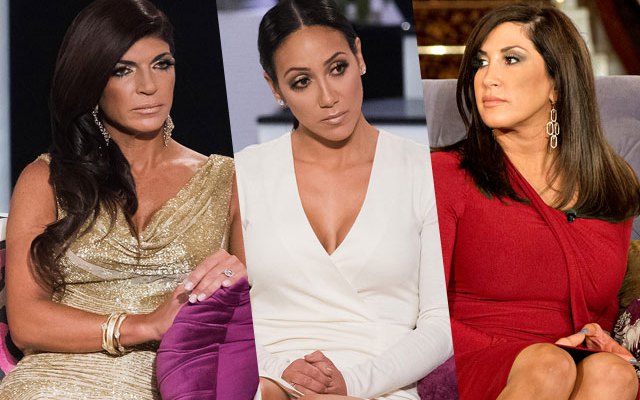 Teresa Giudice and Melissa Gorga have officially ended their tumultuous friendship with Jacqueline Laurita after the disastrous cast trip to Vermont, Radar Online.com has learned. And now, Laurita is threatening to get revenge by revealing their dirty secrets!

According to an insider, “The ladies had been getting along in recent weeks but that all came to a screeching halt in Vermont!”

“Things quickly went south after Robyn Levy threatened Jacqueline,” the insider claimed. “Teresa and Melissa took Robyn’s side because they thought Jacqueline provoked her, and that made Jacqueline absolutely crazy.”

“Jacqueline has been trying to stir things up behind the scenes this year,” the source claimed. “Teresa and Melissa realized this, and ended their friendship with her. Neither one of them has time for the drama.”

Laurita, 45, is now threatening to “go public with all of Teresa and Melissa’s dirty laundry,” the insider warned. “All of the rumors about Joe cheating on Teresa while she was in prison? Well, Jacqueline is ready to spill!”

As Radar reported, Laurita contacted Bravo lawyers after the fight with Levy, and Levy and her wife were subsequently sent home.