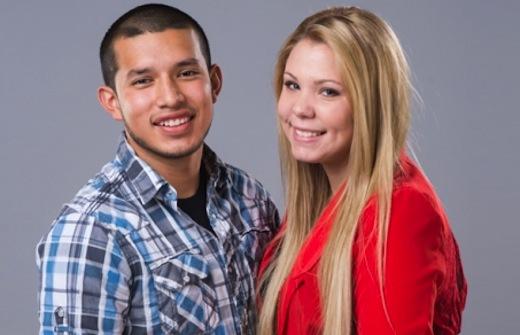 Kailyn Lowry and Javi Marroquin may have agreed on a custody arrangement for their son out of court, but they’re anything but amicable exes! The Teen Mom 2 star exclusively revealed to RadarOnline.com his thoughts on his estranged wife’s wild behavior during his deployment.

Lowry, 24, underwent plastic surgery when she got a Brazilian butt lift, tummy tuck and liposuction of her neck soon after her estranged husband’s deployment in January.

“I knew her surgery would change her,” he exclusively told Radar.

After announcing her divorce from Marroquin, 24, in May, Lowry turned to longtime friend Becky Hayter only weeks later by sharing a same-sex kiss.

“That was dumb,” he said of the romance. “I didn’t really care about that. Not my image, it’s hers.”

Although Marroquin recently revealed to Radar that he plans to write a book exposing “what she actually did that ended the marriage,” he refused to reveal if she cheated on him while he was away.

“I’m gonna keep my mouth shut until the time is right,” he said.

From Lowry moving on so quickly to cryptic tweets by Marroquin, cheating rumors soon developed.

“What’s done in the night will show in the light,” he tweeted in June, adding, “All of y’all that looked me in the face and didn’t say anything… Dead to me.”

Michael Wainstein To File For Full Custody Of Children, Wants Jules To Have Limited Visitation

Michael Wainstein To File For Full Custody Of Children, Wants Jules To Have Limited Visitation