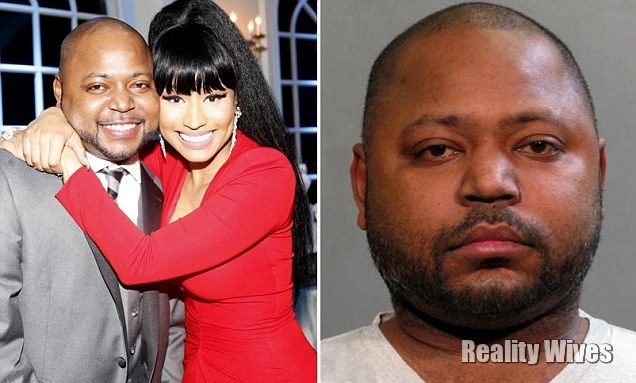 A grand jury has indicted Nicki Minaj’s brother, Jelani Maraj, 37, on charges that he repeatedly raped a 12-year-old girl.

The grand jury decided that there was enough evidence to charge the newlywed pedophile, Nicki Minaj’s oldest brother and her employee with sexually abusing the child. They jury deliberated for a month before handing down the decision on the 4th April, according to court records.

Jelani appeared Tuesday in the sex crimes division of Nassau County Court for his arraignment, accompanied by his lawyers Benjamin Brafman and Andrea Zellan. He pled not guilty, and is free on $100,000 cash or bond, according to officials from the office of court administration.

Long Island, N.Y. police arrested Maraj late last year after the 12-year-old alleged victim said he’d been raping her for several months – and the last rape occurred one day before his arrest. He reported to have been bailed out by his mother for $100,000, using the house her famous daughter bought for her. If convicted, he’s facing a prison term of 15 years to life.

Prince Is Dead: Body Found At Minnesota Estate Days After He Was Rushed To Hospital With Severe Flu