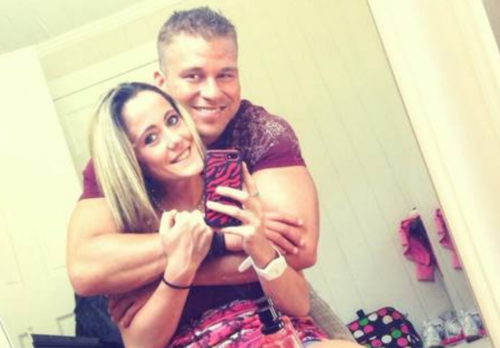 When an angry Twitter fan tweeted Teen Mom star Jenelle Evans’ current boyfriend Nathan Griffith about her leaked nude photos before she had surgery everyone thought Griffith would stick up for Jenelle. Instead, Griffith made an effort to put Jenelle down tweeting back that while the pictures should have never been leaked, he is happy she doesn’t look like that anymore.

The couple, who recently purchased a $150,000 house together in South Carolina have been dating for a couple months. Griffith also tweeted that he is sober now and wants to stay that way. At least he is sober and hopefully Jenelle will stay on the clean path as well for her son Jace.

Do you think it was a diss what Griffith said about Jenelle’s pre surgery body?