Jenelle Evans Reveals She’s Having A Boy; His Name Will Be “Kaiser” 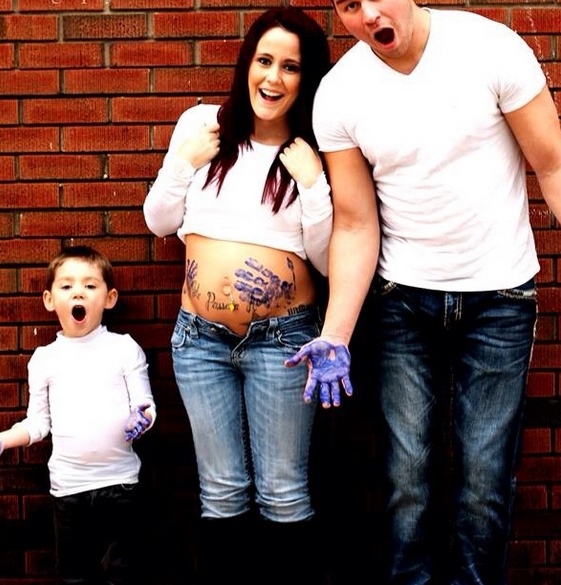 Pregnant Teen Mom star Jenelle Evans has announced that she is pregnant with another little boy. She is already mom to four-year-old son Jace. Jenelle’s pregnancy announcement caused controversy after she publicly confirmed she had an abortion four months ago after learning she and her estranged husband Courtland Rogers were expecting. Jenelle says that she had just come off heroin, was skinny, unhealthy, and in no shape to raise a baby. Courtland was recently released from prison after being arrested (again) for drugs. Jenelle says she plans on divorcing him and marrying her boyfriend and future baby’s father Nathan Griffith this summer. A source close to Jenelle reveals:

“Jenelle and Nathan already have the name picked out, it’s Kaiser Griffith. She already had the names picked out, if it was a girl it would have been Lydia Marie. No middle name yet for Kaiser.”

Nathan has a daughter Emery from a previous relationship though he and Jenelle both don’t have custody of their children. Jenelle’s child support payments to her mother and Jace’s guardian were recently stopped as Jace has been spending more time with Jenelle. The baby is due in June. Jenelle and Nathan will be naming their son “Kaiser”. Congratulations Nathan and Jenelle! What are your thoughts? Post your comments below.