Jenelle Evans: “Nathan Griffith & I Are Back Together!” 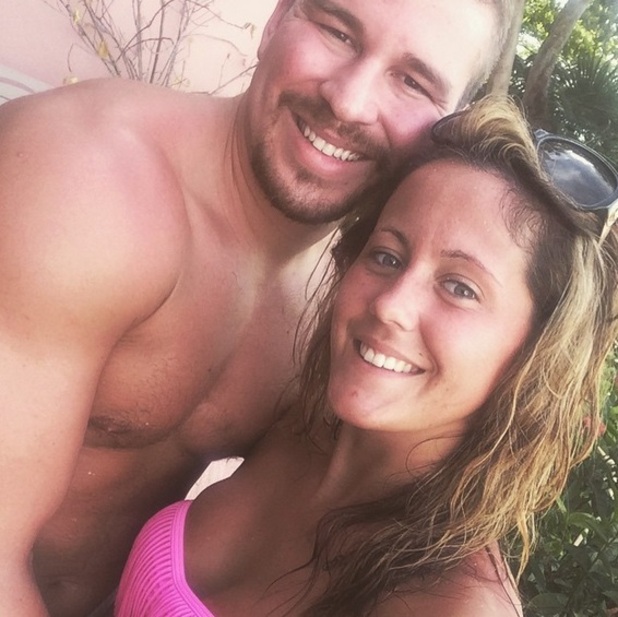 Reunited and it feels so good! Teen Mom 2 star Jenelle Evans reveals that she and her fiancé, Nathan Griffith, have officially reconciled after months of separation.

Jenelle, 23, was wearing her engagement ring from Nathan during the cast’s NYC press day with costars Chelsea Houska and Kailyn Lowry on Thursday 25th, June , and Jenelle confirmed that she and the father of her son Kaiser had, gotten back together.

Nathan asked Jenelle to marry him during a romantic getaway to St. Thomas in January after the couple welcomed son, Kaiser in June 2014. Jenelle is also mom to son Jace, 6, with ex Andrew Lewis. Jenelle’s mom, Barbara Evans has custody of Jace.

Unfortunately Nathan was arrested for domestic violence and Jenelle filed a report claiming her then-estranged fiance pinned her “against a toilet and forcibly removed an engagement ring from her finger.” At the time, Nathan claimed he never touched Evans.

The couple separated soon after in April. In May, a warrant was issued for Jenelle’s arrest after she allegedly attacked her ex. Nathan was hesitant to press charges and the case was dismissed in June “due to evidence as well as the request” of Nathan.

The pair reunited this past weekend for Kaiser’s first birthday party, and Evans shared a sweet photo on Twitter.

“Even though we have our ups and downs one thing will never change… U are and always will be a great father,” she captioned a photo of Griffith with their son.