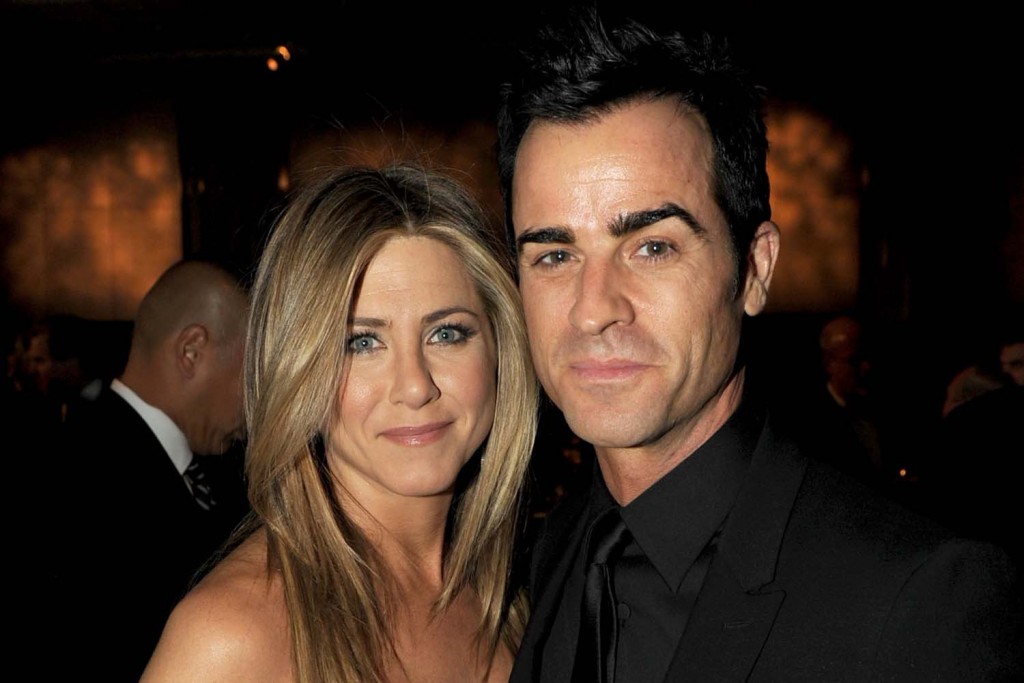 via TMZ:
Jennifer Aniston and Justin Theroux had a surprise wedding at their Bel Air mansion last night — telling all their celeb pals it was just a birthday party, but then did the deed, instead.

Our sources say Jen told friends she was throwing a surprise 44th bday bash for Justin. Great cover, and friends like Howard Stern, Chelsea Handler, Sia, Lisa Kudrow and John Krasinski showed up — but TMZ knew something was up Wednesday afternoon when we spotted a very wedding-ish cake going into the house.

It had TWO muppet-like characters — male and female — on the top. If it was just a birthday party for Justin … why have 2 people on the cake?

Second major clue — an actual man of the cloth! A pastor WITH bible in hand was walking into the house.

We’re told a giant shed was built over the past week to hide all the furniture and party supplies — which were set up in the backyard yesterday afternoon. Jen went to great lengths to keep everything under wraps — we’re told staffers’ phones were confiscated all week, and no parking was allowed near the property.

Newcomer Shanice Williams, 18, Is The New Dorothy, In NBC’s The Wiz