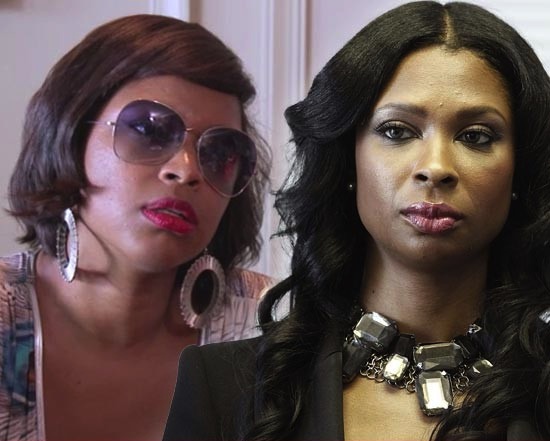 Former Basketball Wives star Jennifer Williams has decided to drop the lawsuit she filed against ex-friend Nia Crooks; after Nia slapped her during a verbal altercation earlier this year. Nia slapped Jennifer in January 2012, which was caught on camera for an episode of VH1’s hit reality show Basketball Wives. Her rep states Jennifer is, “already dealing with her difficult divorce and did not feel that it was necessary to continue to pursue civil action.” Wasn’t Jennifer’s divorce difficult when she originally filed the lawsuit against Nia?

Allegedly there was no settlement and Jennifer filed docs earlier this month to end the lawsuit.

Nia’s lawyer Javier Solano: “We have always maintained that the frivolous lawsuit brought by Jennifer Williams was nothing short of a last-gasp attempt to maintain her dwindling relevance on the ‘Basketball Wives’. Nia is happy to put this issue behind her and start looking ahead to work on her own career.”

Well, hopefully Nia won’t be slapping anybody else, even with an invitation again. I tend to believe Nia’s lawyer, why drop the lawsuit now? Nia assaulted you! If I filed that lawsuit it would have continued until the end. Slap me and you will see jail and or have to pay.