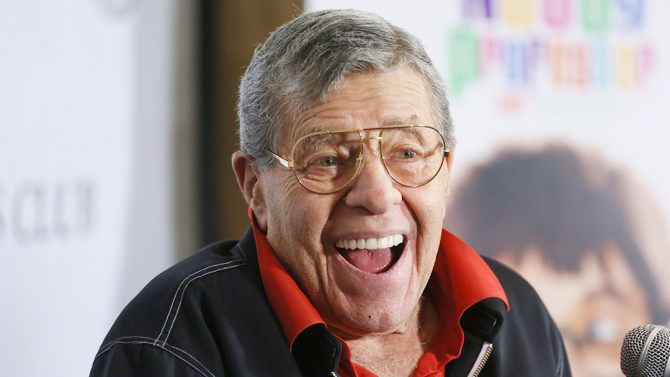 Jerry Lewis, the brash slapstick comic who became a pop culture sensation in his partnership with Dean Martin and then transformed himself into an auteur filmmaker of such comedic classics as “The Nutty Professor” and “The Bellboy,” has died in Las Vegas. He was 91.

Lewis died at his home in Las Vegas at about 9:15 a.m. Sunday morning, his agent confirmed.

For most of his career, Lewis was a complicated and sometimes polarizing figure. An undeniable comedic genius, he pursued a singular vision and commanded a rare amount of creative control over his work with Paramount Pictures and other studios. He legacy also includes more than $2.5 billion raised for the Muscular Dystrophy Association through the annual Labor Day telethon that he made an end-of-summer ritual for decades until he was relieved of the hosting job in 2011.

But Lewis’ brand of humor did not always wear well as times and attitudes changed. Over the last 10 years of his life, his reputation soured slightly as he was forced to apologize for making a gay slur on camera during the 2007 telethon, continued to make racist and misogynistic jokes, and didn’t hesitate to share his right-wing political views.

In addition to his most famous films, Lewis also appeared in a number of notable works, such as Martin Scorsese’s “The King of Comedy,” but was largely offscreen from the late ’60s on and was more active with his telethon and philanthropic efforts. As late as 2016, Lewis continued to perform in Las Vegas, where he first debuted his comedy routine back in 1949.

The high regard in which his comic abilities were held in France — he received the Legion of Honor award in 1983 — became a running joke in the U.S. long after Lewis’ style of broad physical comedy fell out of fashion. His final film, “Max Rose,” screened at France’s Cannes Film Festival in 2013.