On this week’s Jerseylicious we see Nick and Olivia are on their 3rd date! This is going somewhere eventually. They honestly really look good together and they seem to enjoy one anothers company. 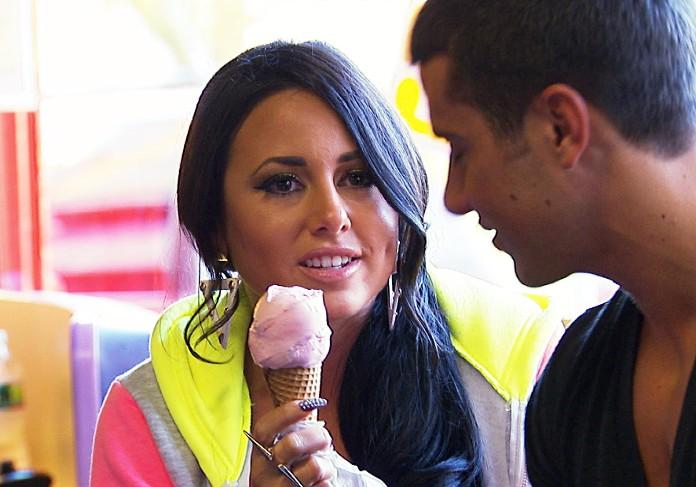 The two enjoy the arcade and talk sports. The conversation switches to work for Olivia which includes the book and her friendship debacle. He is good listener and offers sound advice. Back at Anthony Robert they meet with Karl Giant, from Glam Fairy fame and his photography. Anthony discusses the ideas that are floating around, the budget and time. The theme is 225 years of New Jersey and how to have the book be relatable to the consumer. The stylist will also be in the book as well. Ideas are flowing and most people look bored. Karl says you don’t have enough time for all this but Anthony says no this is my book and you will do what I want. Let’s go to Tracy and Corey’s new house where she unpacks with Sammy’s help and they discuss haters. The housewarming party is in the making. Ready for more hair? Then let’s head to Gatsby, where we see Miguel who hasn’t been around until now. Gayle tells the team about Anthony’s idea and everyone is happy except Gigi. She says she isn’t going to do it, just like a scared teenager trying to hide from all those girls she talked about. Poor Gigi, she should learn to always say things to someone’s face and you never have to worry about your own back. Michelle is two faced as well, if no one has noticed.

Anthony and Karl meet to discuss UFO sightings? Ok let’s get over that part. Olivia walks in telling them they should make a storyboard so they know what props to get for each scene. Anthony says his idea and Karl brings his ideas which to Anthony’s dismay actually don’t sound good. One because they sound expense and two because he isn’t taking Anthony’s feelings into 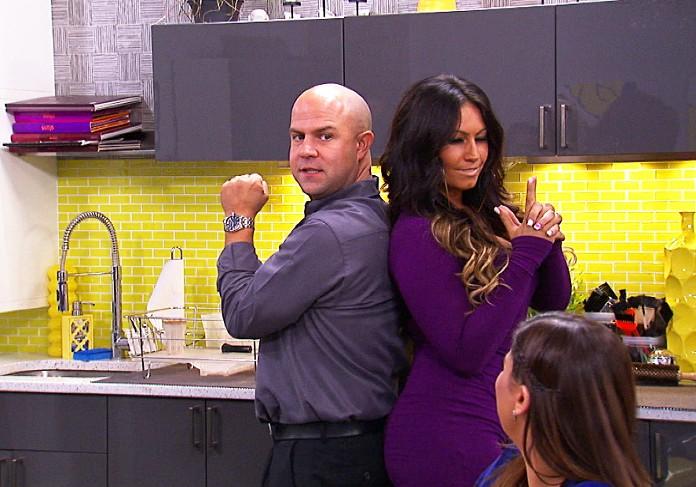 account, the person who hired him. Karl also tried to change the name and wants his title as if he’d written it instead of just taken photos. Anthony doesn’t buy Karl’s dreams. Tracy and Corey go to the pet store to find dog clothes. As usual they discuss the Gigi argument she had in the parking lot. Corey says slap her if she gets out of hand so just go meet with her.  She texts Gigi to arrange the meeting. Jackie and Olivia go out to research the Jersey area by going to the history house in town. They had two Christian Dior dresses and a painting resembling Russell Brand. They get on the topic of Gigi and Jackie says Gigi should just apologize so it can all be over. At Gigi’s home she has done her Mother’s hair and they pour a cup of coffee while spilling the tea. Gigi tells her mother about the friendship situation and her mother sees right through Tracy. Gigi looks just like her mother!

The research continues and Olivia lets us know New Jersey is a Sagittarius and how we other states are jealous of them and they don’t care. Ok I’ll let that slide. The costume talk begins and Jackie is lost. They have 16 looks they need. Tracy meets with Corey’s sister and they talk about furniture. They bounce on all the couches and discuss newspaper reading tables! She tells the ladies about getting closure with Gigi and she will end her relationship with her former friend. Anthony and Cathy come with Olivia to the prop house to get items for the photo shoot. Anthony is having a good time while you can tell Cathy is ready to get out of that drab place. He tells Cathy about Karl Giant becoming too big for his own shoes. Cathy says put Karl in his place. At Gigi’s apt she is awaiting the arrival of her former friends Olivia and Tracy. Olivia arrives first then Tracy shows 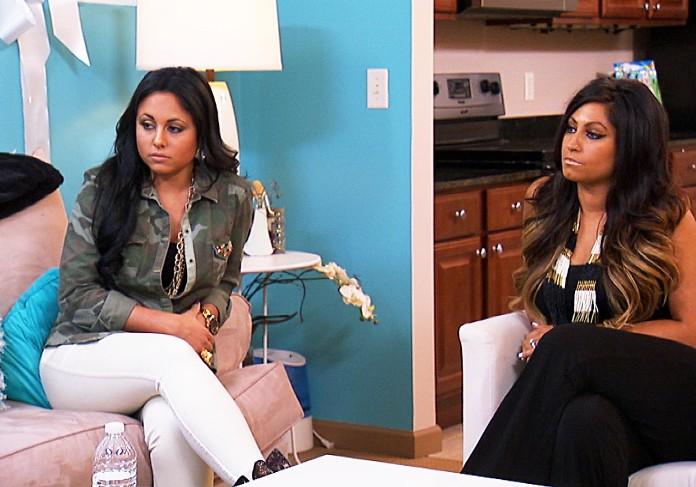 up, time to talk. Tracy lays out her rules for the talk. That included F you Gigi I could care less what you have to say! Tracy calls Gigi out for being fake and Gigi says Tracy is all about drama. Tracy yells and Gigi listens while Olivia reapplies her lip gloss. They finally let Olivia speak! She doesn’t say much but Tracy has had enough of Gigi and she leaves. She tries to save what she can with Olivia but she isn’t buying it. Just stop Gigi they don’t want to be your friends anymore.

Karl Giant shows us his studio where he has invited the crew over. Cathy jumps in to let Karl know this is their book and you’re just taking the photos. These guys are the creators but Karl says he is creating the whole thing visually. Anthony tries to drive his point and Cathy helps. They come to a happy medium. Housewarming time! Tracy is really going in on Corey and he just wants her to be happy.  Guests begin to arrive. They take shots, bring gifts and enjoy the apps. Tracy and Anthony discuss the bidet! Weird, yes! Tracy enjoys her welcome to Staten Island! Do you think that the discussion between the three ladies was worth it or did it even change anyone’s feelings? 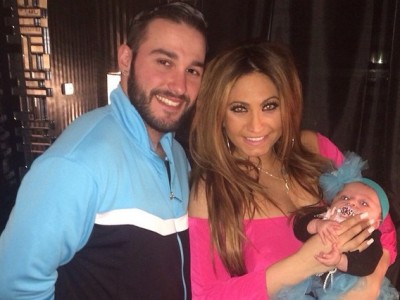 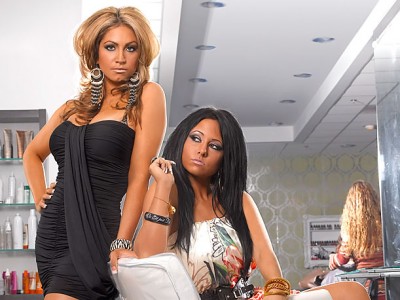 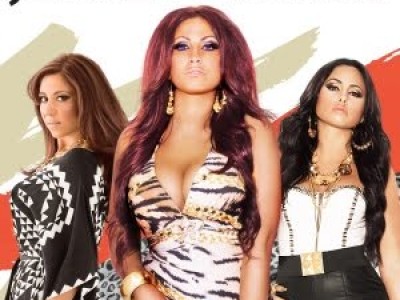 More in Jerseylicious (5 of 17 articles)