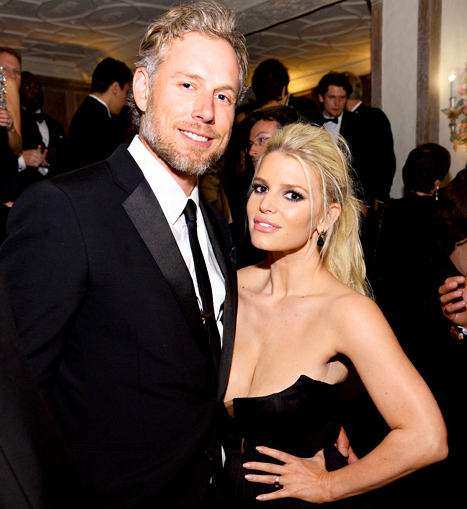 Jessica Simpson and Eric Johnson have set their wedding date, the fashion mogul and one time reality star, 33, and her fiance, 34, will be getting married over the 4th July weekend in Santa Barbara, California, a source reveals to US Magazine.

The couple have two  children together, daughter Maxwell, 2, and son Ace, 10 months.

According to the magazine, Jessica will not be wearing white. “Jessica is having something unique made. It will be very different from the Vera Wang she wore to wed Nick Lachey [in 2002],” the source shares.

Why would the “source” mention Nick?

“We are very close to sending out our invites.  I’ve been very picky on how I want everything to look and feel. Eric’s family alone is almost 90 people, so it’ll definitely be a big event,” Jessica told USA Today at the White House Correspondents’ Dinner earlier this month.

Beyonce Posts Pictures Of Herself Together With Sister Solange Knowles

Beyonce Posts Pictures Of Herself Together With Sister Solange Knowles