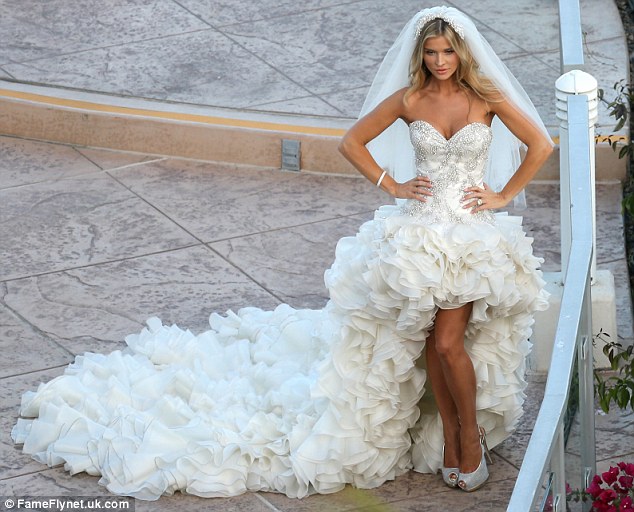 Real Housewives Of Miami’s Joanna Krupa and Long time fiance, Romain Zago got married yesterday (June 13) at the exclusive Park Hyatt Aviara Resort in Carlsbad, California. Joanna’s Real Housewives castmates Lisa Hochstein, Adriana DeMoura and Alexia Echevarria were all in attendance and the show was filmed by Bravo for the upcoming third season of the show.

via US Weekly:
Joanna Krupa is living a fairy tale! The Real Housewives of Miami star married nightclub owner and businessman Romain Zago “in a million dollar princess wedding,” her rep tells Us Weekly exclusively. The ceremony took place in Southern California on Thursday, June 13, more than three years after the couple got engaged.

Several of Krupa’s costars attended the event, which was taped for the third season of Bravo’s The Real Housewives of Miami. Before their big day arrived, Krupa and Zago approved every detail. “Everything down to the napkins were custom made for it,” a source says of the lavish affair.

Krupa, 34, walked down the aisle wearing a $30,000 Chagoury Couture gown. The strapless dress featured a sweetheart neckline, endless yards of cascading ruffles on the skirt and a detachable 6-foot-long cathedral train. Its bodice had a built-in corset encrusted with Swarovski crystals and rhinestones in a variety of sizes. 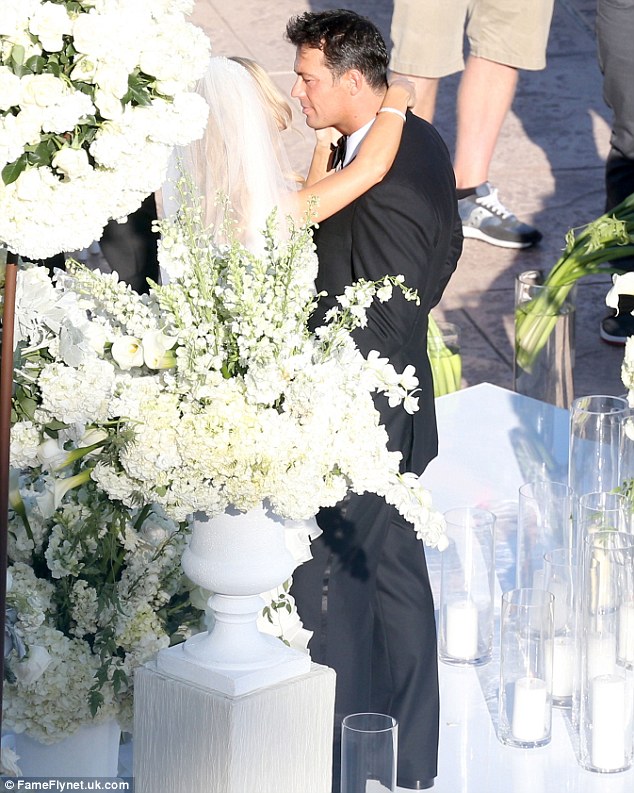 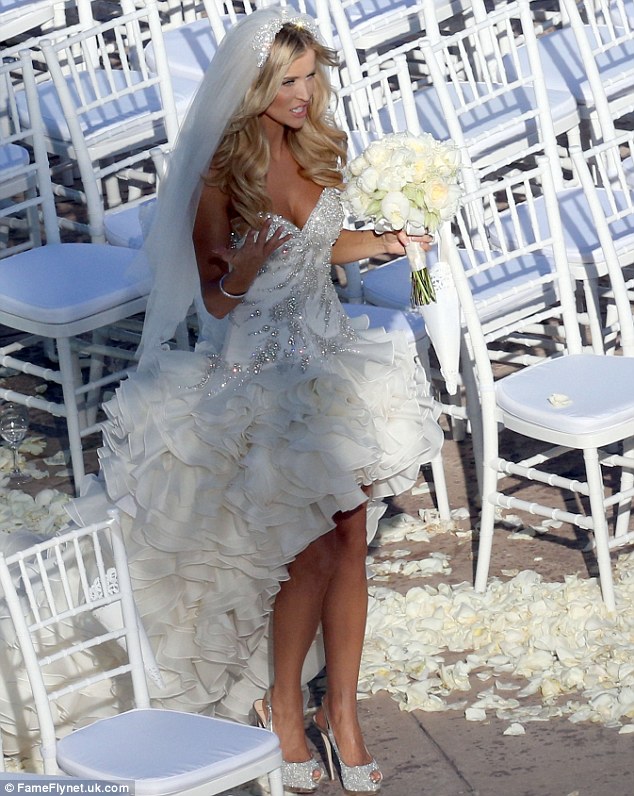 I’m not liking this dress too much, it looks like something from the 80’s or something that belongs on the top of a pageant cake. Congratulations Joanna & Romain. The Real Housewives of Miami season 3 premieres in August. What are your thoughts? Post your comments below.

More in Real Housewives of Miami (31 of 74 articles)