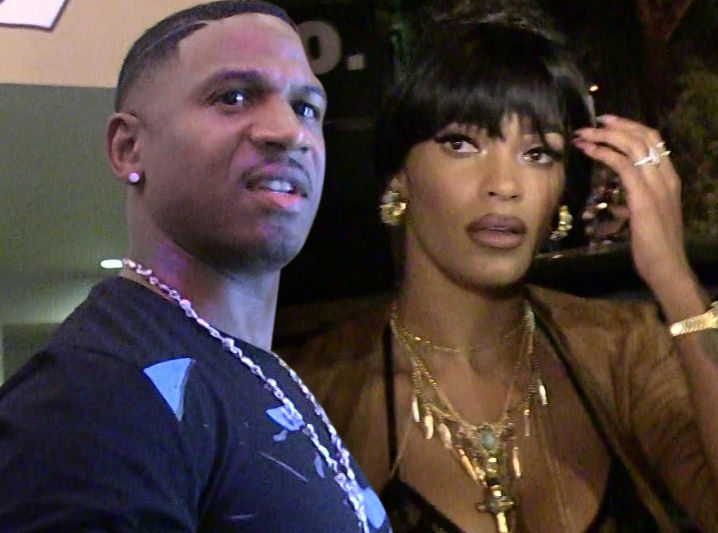 Love & Hip Hop Atlanta star, Stevie J claims he was beaten up by his co-star and pregnant ex-girlfriend Joseline Hernandez and filed documents in court stating he fears for his life if she doesn’t get mental help.

Stevie says Joseline showed up uninvited to his house on Sunday and hit him in the face and injured his eyes. Stevie posted a video with her that same day, and they seemed ok. Stevie states that video was shot right before the alleged altercation.

In the court documents, Stevie says there was another encounter where Joseline threatened him, lunged at him, hurled paperwork and unleashed a profanity-laced tirade.

Stevie J is asking the court to order a psychological evaluation for Joseline, as well as anger management. He also says he’s afraid she’ll hurt him and their unborn child. He’s even preemptively requesting a guardian be appointed for the baby who’s due any day now.

The second altercation according to sources, happened at a DNA lab where Stevie was getting a paternity test that Joseline had requested. This will be shown on the next season of LHHATL.