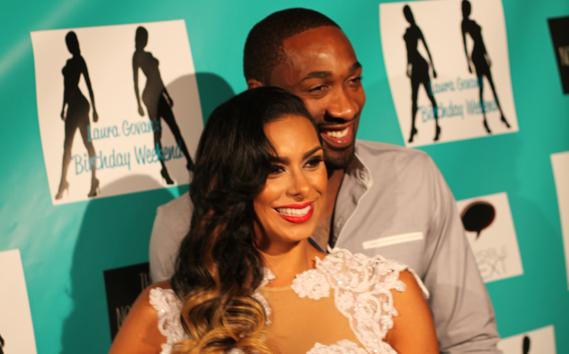 via TMZ:
Gilbert Arenas’ ex demanded an emergency restraining order against him this week … claiming he threatened her life … but the judge shot her down … TMZ Sports has learned.

It’s no secret Gilbert and Laura Govan — the mother of his 4 kids — hate each other’s guts. Arenas recently smashed the car she drives with a cinder block after she allegedly threw his computer in the pool.

Now, sources tell us … Govan went to court this week telling the judge Gilbert threatened her on Monday — allegedly saying, “I want you dead or in jail or broke.”

Arenas obviously denied threatening her … and the judge ultimately ruled there wasn’t enough evidence to warrant an emergency restraining order.

After the hearing, Arenas gloated on social media … saying, “Another victory in court … I’m not the one to keep score but ur 0-16.”