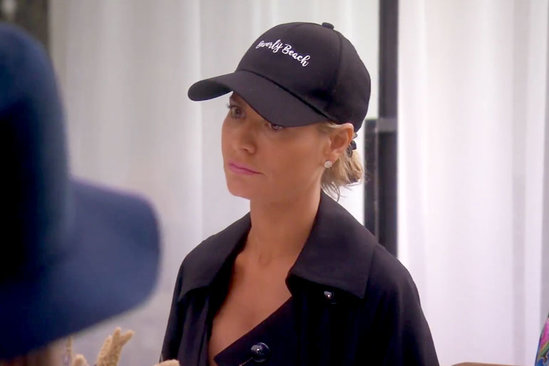 Dorit appeared on Bravo’s chat show Watch What Happens last week, and she responded to a claim we reported about that a judge had ordered a freeze on her bank account, but she insisted that she put a hold on her account herself.

On a recent RHOBH episode, Camille Grammar claimed Dorit’s husband, Paul ‘PK’ Kemsley, had taken out a loan and was filing for bankruptcy, which the Beverly Beach designer insisted was all in the past. After the confrontation, Dorit called Camille a ‘snake’ and ended their ‘friendship’.

Dorit was asked if she felt like she owed Camille an apology.

“God no, and that’s not even true, not the way that its been blown up in the press. It’s an ongoing issue that PK’s had, and it was our bank account that I actually stopped anything from happening, and the judge decided to wait until things become more clear and thats it. It has nothing to do with what Camille was saying,” Dorit explained.

Really Dorit. You froze your account. That is highly unlikely.