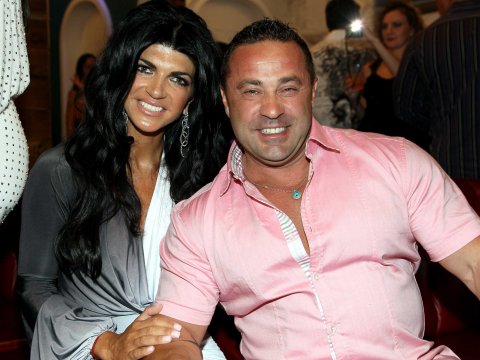 The judge overseeing her 39-count fraud indictment is allowing Teresa, 41, and husband Joe to make a special appearance at the Pangaea Nightclub at Seminole Hard Rock Hotel & Casino in Hollywood, FL.

The Giudice’s gig to Pangaea is being advertised as “Absolutely Fabulous” where women can snare “complimentary fabelinis” — Teresa’s signature drink — from 10 pm.

Despite previously being ordered not to leave the states of New Jersey and New York, the couple are allowed to travel, provided they give the court 72-hours notice before doing so and are then granted approval to do so.

“My client is allowed to leave the New York/New Jersey area, if she gives the court notice, 72 hours before traveling and gets approval. She is in full compliance with terms of her bond,” Teresa’s attorney, Henry Klingemen, told Radar Online.

The couple previously had to surrender their passports and aren’t allowed to leave the country.

The Giudices were indicted on 39 charges last week on bank and bankruptcy fraud charges. Joe is also charged with failing to file tax returns from 2004 to 2008.

Both face 50-plus years in prison and $1.5 million in fines if convicted. The pair were released Tuesday on a $500,000 unsecured bond each. What are your thoughts? Post your comments below.