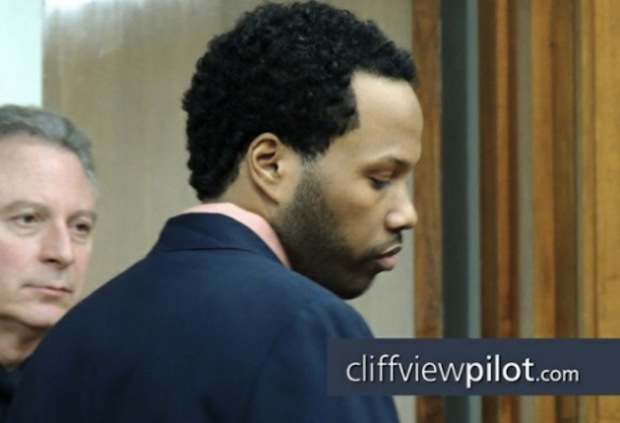 Jurors in New Jersey this afternoon found Love & Hip Hop star Mandeecees Harris NOT GUILTY of sexually assaulting his stepdaughter by coercing her with money and other manipulation when was 15-years-old.

According to Cliffview Pilot reports:

Fellow “Love & Hip Hop” star Yandy Smith was among those in the courtroom who leapt to their feet and stomped, clapped, shouted and sobbed, raising arms skyward, as the verdicts to the eight individual charges were read just before 4 p.m.

“I love you!” one of them shouted to the jurors, who returned the verdicts after a few hours of deliberations.

Sheriff’s officers then asked them to return to order.

When they wouldn’t, Presiding Superior Court Judge Liliana DeAvila-Silebbi directed the officer to escort the group out of her courtroom.

“The reality of celebrity life is, unfortunately, you sometimes walk around with a target on your back,” defense attorney Emil Lisboa told CLIFFVIEW PILOT. “You don’t know if your friends are your friends or are just trying to get something out of you.”

Assistant Bergen County Prosecutor Demetra Maurice, in turn, said: “I respect the jury’s decision and the time and attention they gave this case.”

The alleged victim’s grandmother and aunt left as the verdicts were being read.

“It’s in God hands,” the grandmother, who is a pastor, told CLIFFVIEW PILOT. “The truth will come out.”

She was among those who remained, despite the weather, as the day wore on. She prayed at times, as did Smith, who wept as she and several people who accompanied her throughout the trial huddled together.

Mandeecees Harris is not out of the woods yet as he is facing drug charges in Rochester New York, over claims that he trafficked $2.5 million worth of heroin and with cocaine between 2005 and 2012. Harris also manages Vado and Webstar.

He’d been free on bail pending the start of the trial, but he surrendered here last week after being named in a federal indictment out of Rochester, N.Y. that accuses him and two other men with trafficking $2.5 million worth of drugs

The government is expected to bring that case against him now. Arrangements are expected to be made to extradite him to New York early next week.

Not all people found guilty are guilty and not all those who are found innocent are innocent. If the young lady lied, have mercy on her. But if she didn’t lie …