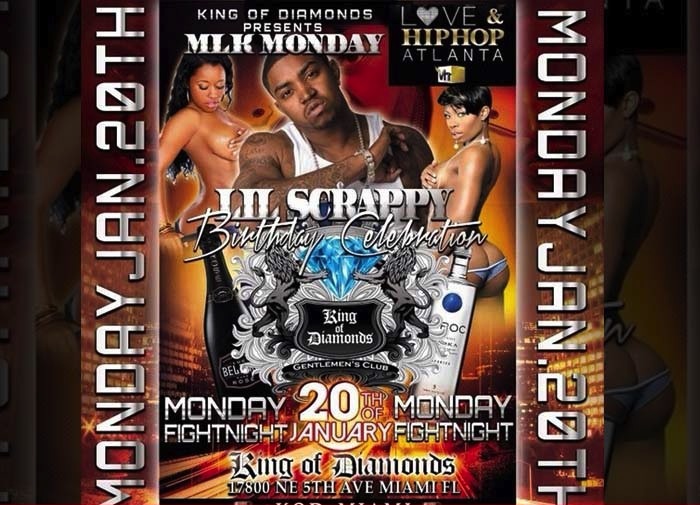 via TMZ:
Justin Bieber didn’t just make it rain he made it pour in Miami first hitting up a famous nightclub and then dropping $75K in a strip club this according to a rep from the strip club. Justin flew from Colorado to Miami Beach where he was spotted going into Mansion (above). A few hours later he went to King of Diamonds we believe to attend Lil Scrappy’s birthday party.

A KOD rep confirms to TMZ, Justin got $75K in 1 dollar bills, and went wild. And get this the club was also celebrating Martin Luther King Jr. Day. As for what Bieber was dreaming about check out this video from inside KOD last night.