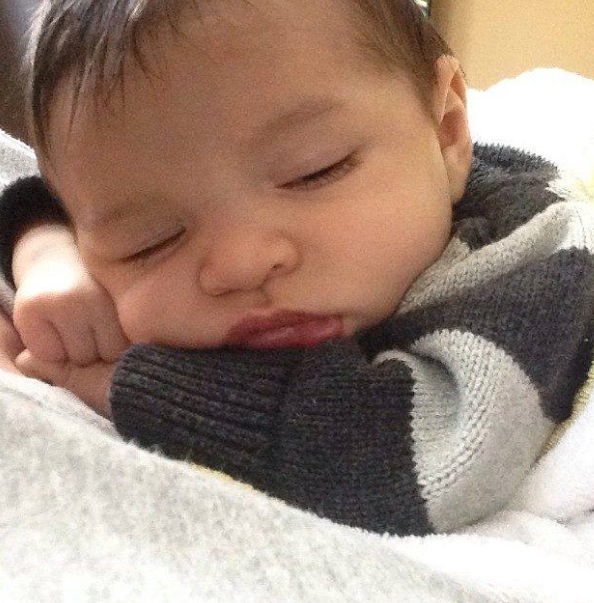 Kailyn Lowry is the proud new mother of a baby boy named Lincoln Marshall Marroquin with her husband Javi Marrouqin. But the Teen Mom 2 star caused controversy when she shared an adorable photograph of her baby on Instagram and wrote that she felt disconnected from her son during her pregnancy. Kailyn is mother to four-year-old Isaac with her ex-boyfriend Jo Rivera. Underneath her Instagram photograph, Kailyn shared:

“Such a good baby. You guys have no idea. I don’t even know how I could be so lucky. I was not connected to this second pregnancy like I was when I was pregnant with Isaac but as soon as this little human being was born it’s like every feeling and anxiety I had was reversed. I swear to you this baby boy doesn’t ever cry unless he’s hungry and even then I hate letting him get to that point. I really cannot express the love I have for my Lincoln.”

Javi and Kailyn were married in September 2012 in a court house ceremony, but to celebrate their one year anniversary the couple had a grand reception in an aquarium in Camden, New Jersey in September 2013. Kailyn has created controversy since giving birth to Lincoln by saying that she has decided to encapsulate her placenta and publicly breastfeeding on Instagram.

Should Kailyn be so open when her son is going to read and see these things one day? What are your thoughts? Post your comments below.