Real Housewives Of Atlanta, star Kandi Burruss went to visit new mom Phaedra Parks and said the little tike is a cutie. Phaedra gave birth to her second child, Wednesday, May 8, 2013 and he weighed 7 pounds, 9 ounces. 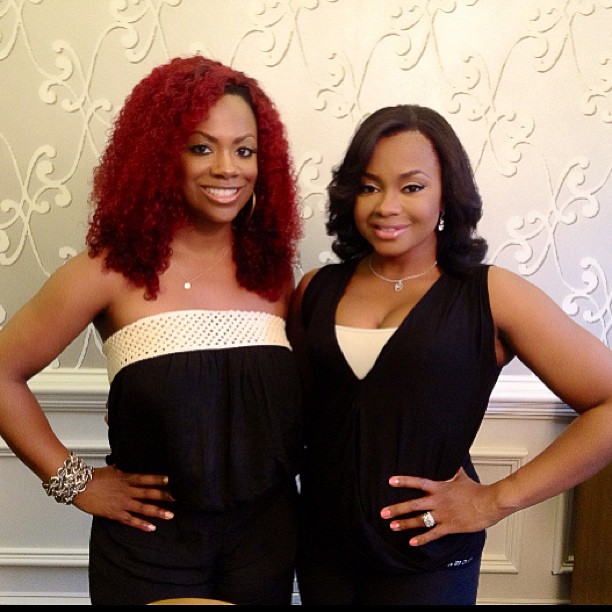 Stopped by to see my girl @phaedraparks. She has the cutest baby! I want one….

We can’t wait to see the newest Nida son. Why haven’t we seen Phaedra’s little boy yet? In addition to releasing a line of Phine Body: Donkey Booty DVDs and writing a book, Secrets of the Southern Belle, Phaedra was recently given her own Real Housewives of Atlanta spinoff. Tentatively titled Rich People Problems, the series will focus on Parks’ legal career. What are your thoughts? Post your comments below.