Kanye West, the rapper who has been wants to run for president as an Independent, went on a Twitter rant Monday night that seemed to support earlier reports that his Sunday campaign rally caused a strain between him and his wife Kim Kardashian.

Kanye took to Twitter to appear to reach out to his mother-in-law Kris Jenner, mentioned his marriage with Kim Kardashian and said he feels that he could end up getting “locked up like Mandela,” an apparent reference to Neslon Mandela.

The Twitter rant comes a day after he held a campaign rally in North Charleston, S.C., where he criticized Harriet Tubman and became tearful when he spoke about his mother and abortion.

Kanye West held his first 2020 presidential campaign rally on July 19 in Charleston, SC. West said Harriet Tubman never “freed the slaves,” and tearfully discussed & his wife Kim Kardashian discussing aborting their first child North West. Now he’s on twitter claiming a kris Jenner er & his wife Kim will not accept his phone calls. ⁣ ⁣ ▪️ You know who else protected a child? Who do you think might’ve protected a child? 43 years ago, who protected a child? My mom. My mom saved my life. My dad wanted to abort me. My mom saved my life. There would have been no Kanye West because my dad was too busy.⁣ ⁣ ▪️ I almost killed my daughter. I almost killed my daughter.⁣ ⁣ ▪️ You already know if you got leather pants on, you already know who this person must think they are, right? And I’m in the apartment where my wife was actually robbed and I had my laptop that got all of my creative ideas. I got my shoes, I got my sound cover, I got communities, I got clothes, I got all this and the screen was black and white. And God said, If you f*** with my vision, I’m going to f*** with yours. And I called my wife and she said we’re going to have this baby. I said we’re going to have this child.⁣ ⁣ ▪️ I know people who are 50 years old that didn’t have children. They didn’t have that child. That have never got to experience the level, the level of joy that I’ve experienced in having a child. So even if my wife were to divorce me, after this speech, she brought North into the world, even when I didn’t want to. She stood up and she protected that child.⁣ ⁣ Now Kanye is having a breakdown on twitter.

“Even if my wife wants to divorce me after this speech, she brought North into the world even when I didn’t want to. She stood up and she protected that child. You know who else protected a child? Forty-three years ago, who do you think protected a child?” he said while crying.

Kanye took to Twitter on Monday night and wrote, “Kim was trying to fly to Wyoming with a doctor to lock me up like on the movie Get Out because I cried about saving my daughters life yesterday.”

Reports indicate that Kim, 39, is “furious” at her 43-year-old husband after he claimed that they considered terminating Kardashian’s first pregnancy, which eventually resulted in their daughter North.

“Kim is shocked that Kanye spoke about North at the rally,” an insider told People magazine on Monday of West’s remarks during his first campaign rally in South Carolina over the weekend. The couple also shares three other children — sons Saint, 4, and Psalm, 1, and daughter Chicago, 2 — together.

He posted what appeared to be a screengrab from a text message to Kris Jenner that said, “This is Ye You ready to talk now Or are (sic) still avoiding my calls.”

Earlier he posted, “Kriss and Kim call me now.” 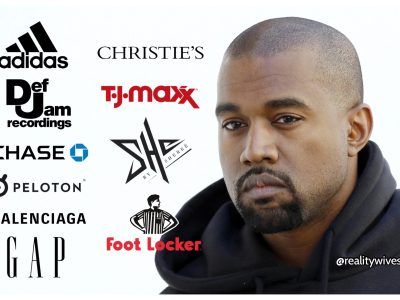