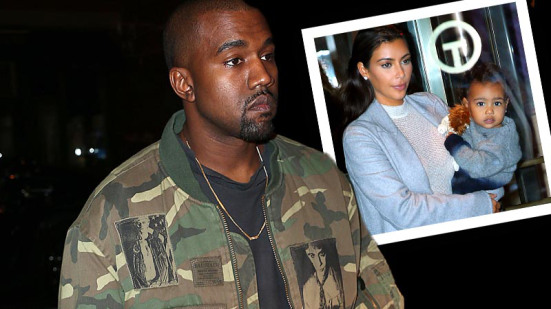 Kanye West and Kim Kardashian West haven’t been married a year yet, but the rapper has given his wife a strict set of rules. According to a family friend, Kanye demands that Kim have all of her outfits approved by him before she wears them and that she only wears certain designers like Givenchy. Kanye also demands to approve all of his daughter North West’s outfits. The friend says:

“Kanye has a vision and wants everything to line up with that. So he’s given Kim rules that she always follows. Every morning, she sends him pictures of the outfits she’s going to wear for his approval. He likes her to be natural and has demanded that she wear less makeup. He wants her to show their daughter, North, that natural is beautiful. Kanye decided early on that North would only wear neutral colors. The only time North ever gets to wear something super comfortable is when Khloe watches her — it’s fashion first with Kanye!”