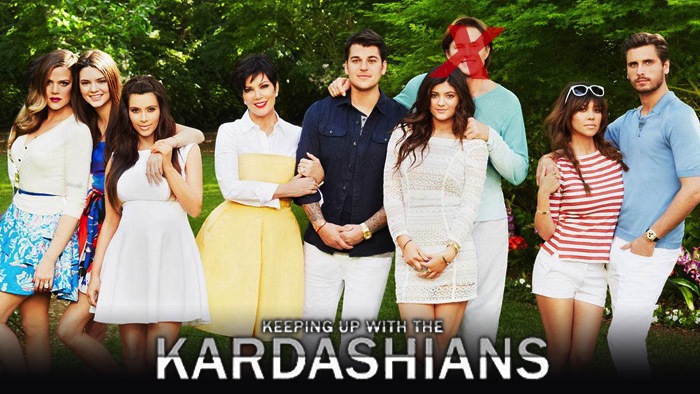 via TMZ:
The Kardashian family gravy train is moving full steam ahead with no sign of stopping TMZ has learned, Kim and co. will sign on for yet ANOTHER multi-season deal with E! worth more than what they’re making on the current one .and they’ll do it without Bruce Jenner.

TMZ broke the story “Keeping Up with the Kardashians” was renewed for an additional 3 seasons back in 2012 for more than $40 million what was then the richest reality TV deal ever.

But now the Kardashians have outdone themselves sources connected to production tell us, the new deal will be worth more than the last.

“Keeping Up with the Kardashians” is currently shooting Season 10 and the new deal will take the show into Season 11 and beyond. As one production source put it, “It is a HUGE show.”

As for Bruce Jenner, he won’t be coming along for the ride as we reported, Bruce has decided to call it quits after Season 10 to spend more time doing the other things he loves. Production sources acknowledge Bruce was “fatigued” and hated the criticism that went along with show.

He’ll be missed but sources tell us, producers aren’t concerned about his departure he was not a major character.

Our sources will not say if the deal has been signed or if it’s still being negotiated but it’s definitely far enough along that everyone knows the show will be back.

On Bruce Jenner leaving the series..

Bruce Jenner wants NOTHING to do with Hollywood, and that includes his own reality show.

Sources connected to both the Kardashian family and the production tell TMZ. Bruce will NOT come back for another season of “Keeping Up with the Kardashians” if the network picks it up. The family is currently shooting the last installment of the series … and even if it gets renewed we’re told Bruce wants out.

Bruce now reluctantly takes part in the show but only when it’s absolutely necessary. Whenever possible he’ll shoot his scenes in Malibu where he now lives. We’re told Bruce has a clear vision of his life as soon as the season ends golfing, spending time with his kids off camera flying helicopters and riding motorcycles.

Our sources say his kids have become a real priority Bruce wants to cement the relationship with his sons that he never had when they were growing up. The relationship is much better than it was but he wants to continue to strengthen it. And finally Malibu is and will continue to be home base. Calabasas and Hollywood are part of his past life.