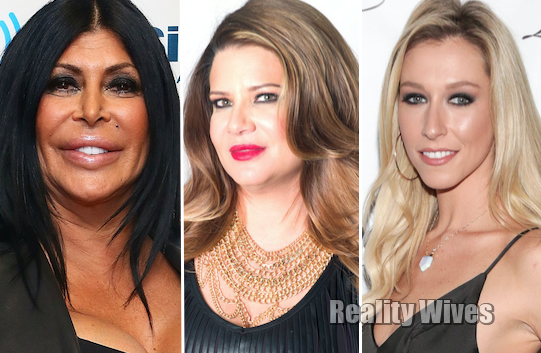 Mob Wives stars Brittany Fogarty and Karen Gravano were banned from Angela “Big Ang” Raiola’s visitation service on Saturday due to the past actions of their crime boss fathers.

Karen, Brittany and Brittany’s mother Andrea Giovino, were told not to come to any of Big Ang’s memorial events this week, including Monday’s funeral, because their fathers each famously cooperated with authorities to turn in other mobsters more than 20 years ago, so says Andrea.

Brittany’s father, John Fogarty, is currently in witness protection nearly 25 years after he turned in evidence to police regarding other mobsters.

Karen’s father, Sammy “Sammy the Bull” Gravano, was a notorious crime boss, meanwhile, who teamed up with the FBI to bring down another infamous mob leader, John Gotti.

“There are going to be some people going to the service whose fathers may have been killed, or put away by their cooperation (with authorities). She’s very upset. She can’t even talk on the phone. She’s just been crying,” Andrea said.

Their daughters are often referred to as “baby rats” within the organized crime ring due to their fathers’ willingness to work with authorities, which often made for contentious relationships between them and other members of “Mob Wives” cast. 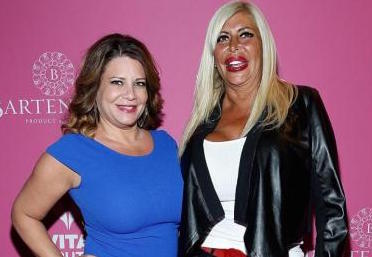 Big Ang, was one of the few people willing to look past Brittany Fogarty’s family history and accept her after she joined the show last year, which is why the 25-year-old reality star was particularly distraught that she was banned.

Brittany and her mother Karen were on their way to Saturday’s visitation when “Mob Wives” producer Jennifer Graziano, Renee’s sister, called to tell them that Big Ang’s ex-husband said they weren’t welcome, largely because many of the other attendees had been afflicted by their fathers’ past actions. Karen didn’t believe it at first, but “Mob Wives” star Drita D’avanzo told her in a separate phone call that it was true.

Karen thinks, Big Ang’s ex was likely pushed by others to implement the ban, said she understands why they weren’t welcome, but she felt bad for her daughter, who doesn’t have a relationship with her father whatsoever. Brittany just wanted to bid farewell to Big Ang, who died last Thursday at 55 after a battle with brain cancer.

“It’s about Ang. It’s the respect for her. I feel bad (we) couldn’t respect her and her family by going,” Karen says.

Karen says they have no intention of crashing any of the memorial services for the larger-than-life reality star in the coming days. Instead, they’ll say goodbye to Big Ang by visiting her grave site later this week.

Brittany says, “I was called on Saturday, by a mutual friend, and told not to attend the services because of something my father did. I was in my car heading over and pulled over and started hysterically crying. I was already upset because I was headed to her services, but pulled over and cried hysterically when I found out I couldn’t go. I was really taken aback when I received the call, I was not expecting it at all. Ang never judged me for the actions of my father. The fact that he cooperated with police never influenced her opinion of me, and I loved her for that.”

Ang’s uncle, the late Salvatore “Sally Dogs” Lombardi, was a captain in the Genovese crime family.

Despite their willingness to move on from the unexpected funeral ban, a source close to the situation says the incident is proof that these longtime feuds don’t just disappear.

“It’s a bigger story than just them not going to funeral, as it’s a higher-up mob order from the mafia code of a blood feud. Brit and Karen are being rejected because of the sins of their fathers that ratted out other mobsters,” a source says.

• Bigger Is Better: Real Life Wisdom from the No-Drama Mama by Big Ang