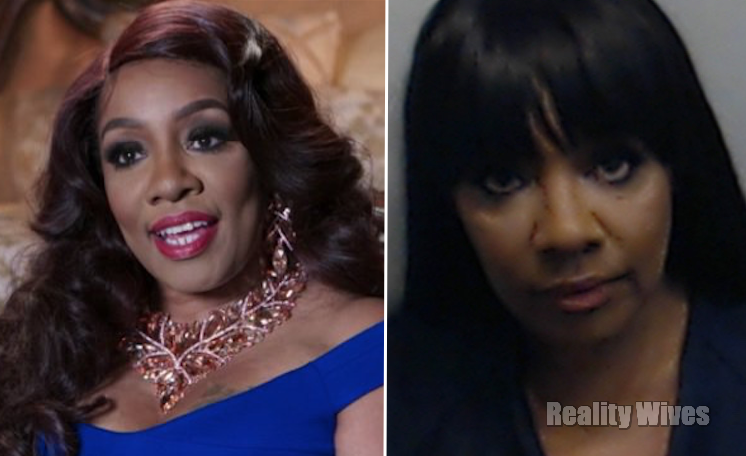 Mona Scott Young, knows what she’s doing and sure knows how to pick em’!

You would think Love & Hip Hop Atlanta star criminal grimy granny Karen King after being arrested for trying to kill her husband would be baking cookies and keeping the law. But no this crazy woman was arrested this morning for financial identity fraud, theft by taking and forgery in the first degree!

What?! This happened last night after arriving at an LHHATL promotional appearance at Level V in Atlanta, Georgia. Her appearance there was heavily promoted, so police were ready and waiting to arrest her for the identity theft that happened down last year.

According to the arrest documentss, Karen walked into the Saks Fifth Avenue in Atlana, and bought $4,946.52 in merchandise under someone else’s name. Cops think she did the theft with an employee who rang up the purchase.

I’m no law professional so someone correct me if I’m wrong here:

She is currently sitting in jail. Karen isn’t living up to her name. I rename her Karen Peasant. What are your thoughts? Post your comments below.