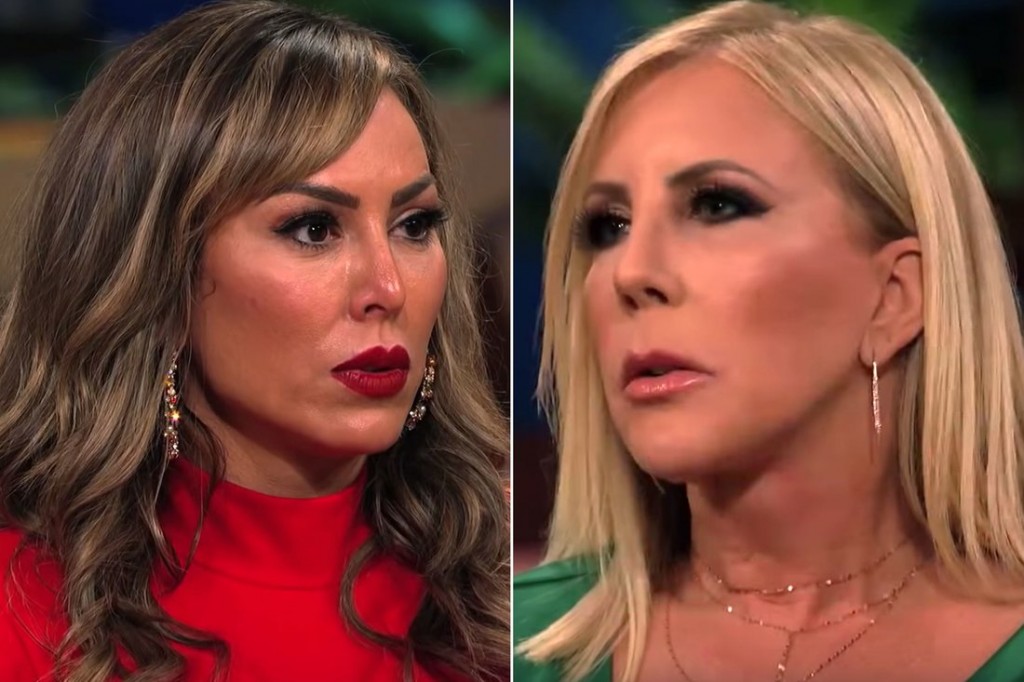 Kelly Dodd is quitting the Real Housewives Of Orange County unless the Vicki Gunvalson is fired for accusing her of doing cocaine, she revealed in an explosive rant.

Cast member Kelly was accused of doing cocaine by Vicki in a sneak peek of the RHOOC reunion show and she took to Instagram, saying that if Vicki doesn’t get fired she won’t return in season 14.

“How could I film with that liar this is character assassination I have a daughter with kids at school and I don’t do cocaine!!!” Dodd wrote about her future on RHOOC.

“If @bravotvand @evolutionusa let her get away with this then I’m out!! I will not return next season!! I have a daughter and a brand that bitch! How could I film with her? If they don’t do something to Vicki how could I go back.. I’m not going sell my soul for this ratchet liar ! How could I my poor daughter!”

When fans begged her to stay she said she had had enough.

“No I can’t go back if that liar can just say shit without consequences the money isn’t worth it to me! My daughter means more to me than this shoe and she is trying to ruin my reputation.. just out of principle I won’t go back ! They can pick the OG I’m out!!”

She responded a fan who wrote: “Vicki is definitely not my fav but what did I miss??? When did she say Kelly did drugs?!?!?!!! She can’t just throw false statements out there and get away with it,” by writing “exactly.”

Kelly said news of the allegation has already done irreparable damage to her reputation.

“It’s been really horrible. I don’t do drugs. I don’t do cocaine. I’ve seen it ruin families, I’ve seen it affect people close to me. I’m constantly telling my daughter Jolie to avoid drugs I can’t stress it enough to her. ‘Don’t do drugs. Don’t even try it. Don’t succumb to peer pressure.’ I’m very hardcore about it. But by Vicki saying that there are all these people out there believing it.”

“Now it’s out there in the universe. You don’t think people are going to be like, ‘Maybe she does do it?’ This is my life. This is my name. It’s like character assassination. It’s really hurt me,” Kelly says.

Kelly continued, “This is where the OC is going because they have run out of story lines and they acting old the NYC ladies are old but at least they are fun and act young .. which is fun to watch .. it’s disgusting.. it’s gone too far . HENCE why the ratings are at all time low.”

Vicki said on Bravo’s talk show, Watch What Happens Live that she and Kelly met after the reunion taping, but Kelly explained why she went and then why she was currently so upset.

Kelly also states that she can’t sue Vicki as they sign contracts not to sue each other. Also Vicki makes almost a million dollars per season.

Who Should Not Return Next Season? (2/2)