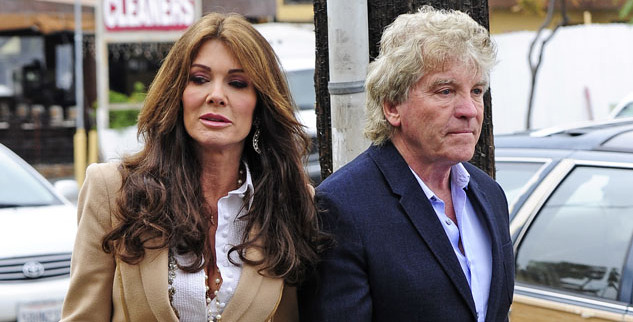 via Radar Online:
The Real Housewives of Beverly Hills star filed the documents in Los Angeles County Superior Court alleging that he is the victim of an “attempted shakedown and extortion,” by a “violent and opportunistic ex-felon” named David Cazaref and his brother, Kevin Cazaref, who attacked him at his new restaurant location and then hatched a plot to scam him out of $50,000.

The civil lawsuit states that on October 3, 2013 at their new trouble plagued restaurant, P.U.M.P Lounge, the Cazaref brothers were hired as subcontractors and when Todd tried to instruct Kevin on the proper way to use a concrete chipper when the incident occurred.

“To Plaintiff’s absolute shock and horror, Defendant Kevin Cazaref, suddenly and without provocation, became enraged, grabbed and violently hurled the heavy concrete chipper at Plaintiff, striking Plaintiff at close range, and causing serious and permanent injury to Plaintiff’s lower body, including his hip, leg and knee.”

Todd asserts that the assault continued, “Before Plaintiff could take a moment to recover from the shock of the attack and Defendant Kevin Cazaref’s sudden and frightening burst of rage, or regaining his balance, Defendant Kevin Cazaref lunged and charged at Plaintiff in immediate fear of his safety, Plaintiff quickly began to back away and raised his hands and fists in order to defend himself.”

Vanderpump’s husband states in the lawsuit that a few hours after the incident the Cazaref brothers approached him and tried to get him to give them cash to keep the story quiet.

They made “express oral complaints that they would go to the police with their false and fabricated accusations, and have Plaintiff arrested and charged with battery, brazenly boasting that they had a family member with connections to the police department in the area who would assist them In perpetuating their fabricated story, unless Plaintiff paid Defendants at least Fifty Thousand Dollars ($50,000) in cash.”

According to TMZ, the man’s brother also then jumped into the affray, at which point police officers intervened. The police did not press any charges against the men. The brothers did not return request for comment to TMZ.

Ken claims a few hours later he was contacted by the men in a ‘attempted shakedown and extortion’ bid, with the brothers allegedly asking for $50,000 to keep the story quiet and not go to police.

When Lisa’s husband refused, the pair filed a ‘false police report’ with the West Hollywood Sheriffs office – which is just down the street from the restaurant’s proposed location – according to the legal documents.

Ken says the men told him, ‘they would go to the police with their false and fabricated accusations, and have Plaintiff arrested and charged with battery, brazenly boasting that they had a family member with connections to the police department in the area who would assist them unless Plaintiff paid Defendants at least Fifty Thousand Dollars in cash.’

The reality star has now turned the tables on the brothers filing suit demanding unspecified damages from them, for assault, battery, extortion, and for causing ‘severe and serious mental and emotional distress, pain and suffering, all to his damage at an amount to be proven at trial.’

Ken is also seeking to have the pair cover his legal costs.

More in Real Housewives Of Beverly Hills (469 of 790 articles)