In the preview, the sisters are getting ready for the 2015 ESPYS, which took place in July 2015, where their father Bruce Jenner now known as Caitlyn accepted the Arthur Ashe Courage Award. Kylie, is ready to go in a long-sleeved, gold sequined gown, but she’s concerned that Kendall who is rummaging through her closet wants to wear one of her favorite dresses.

“She can’t wear that. So just take it out of her bag.” Kylie tells her assistant.

The two then get into an argument in the corridor of Kylie’s home. Kendall, who is dressed in a black cutout gown with a sheer overlay, explains that she needs the other dress to change into after the ESPYS. “No, Kylie!” she yells while her younger sister is adamant about not letting her borrow the item.

“You’re just literally the biggest f*cking bitch I’ve ever met,” Kendall yells down the stairs after Kylie refuses to let her borrow the gown.

As they leave the house, Kylie says goodbye to her dogs. Kendall tells Kylie’s dogs: “I’m sorry your mom is such a c*nt.”

The two later made amends and posed together on the red carpet of the ESPYS. Joining them to support Bruce aka Caitlyn at the sports-centered awards show were their half-siblings, Burt Jenner, Casey Jenner, Brandon Jenner, Kourtney Kardashian, Kim Kardashian and Khloe Kardashian.

The new season of KUWTK premiers on Sunday 15th November at 9/8c on ‘e’. 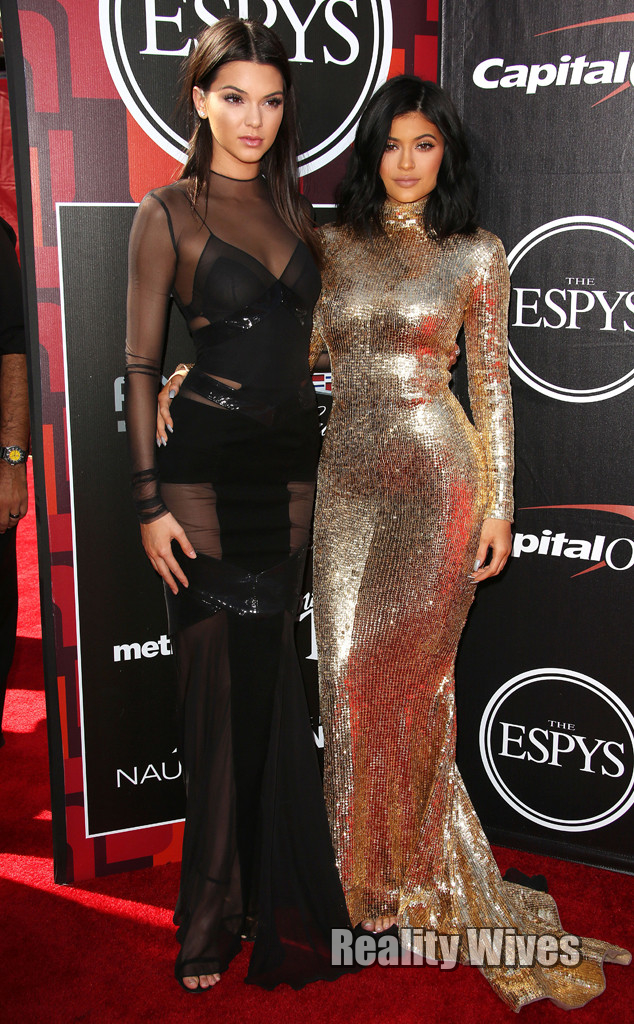 Kendall & Kylie Jenner at the 2015 ESPYs

Terry Dubrow Sues Woman Who Stiffed Him Out Of $1.75 Million, Wins

More in Reality Television, The Kardashians (1660 of 2628 articles)