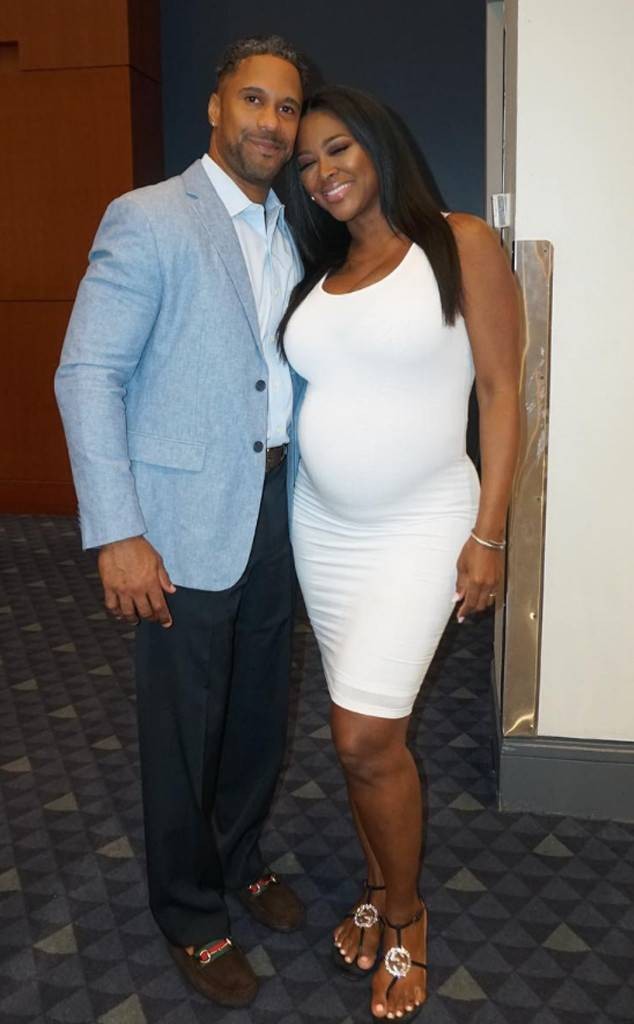 It’s the first child for Moore and husband Marc Daly, who gave their daughter a name that holds special meaning.

“Brooklyn because that’s where we met and fell in love, and Doris after my grandmother who passed away last year and who raised me,” Kenya states.

Mom is doing well and “Brooklyn is very alert and active,” but the happy news also comes after scary few days for Moore.

The former Miss USA, who conceived through in vitro fertilization, gave birth via emergency cesarean section after revealing on the 27th October that she had tested positive for preeclampsia a pregnancy complication that caused her to gain “17 lbs. in one week due to severe swelling and water retention, high blood pressure, and excess protein in urine.”

Preeclampsia typically develops suddenly in women who previously had normal blood pressure after the 20-week pregnancy mark, according to the Mayo Clinic. Left untreated, preeclampsia can have fatal consequences. The most effective form of treatment is delivery, something Moore said she was considering.

“This is NOT normal. Baby is fine but if [test] come back higher #babydaly will have to come same day. Staying positive. To my pregnant sisters please go to your visits and tell the doctor of any drastic changes. Thank God I have great doctors,” Kenya shared on instagram.

On Saturday, she let fans on Instagram know that her baby was on the way. “If you want to make God laugh have a plan. Won’t be long now. Pray for us #babydaly #weloveyou #prayers.”

Kenya announced that she was pregnant during the season 10 RHOA reunion.

“I’ve waited 47 years for this moment. I didn’t really want to announce it too soon because I feel it’s very early on in our pregnancy. But I have suffered so much in my life when it comes to wanting a family around me. So this is the day I’ve been waiting for my entire life. It’s a dream come true,” Kenya told People Magazine.

On the relationship with her birth mother:
“No one really knows what it’s like to feel rejected and abandoned by someone who gave birth to you and who treated you so badly and who hoped you would fail. For me to have a family of my own, to me, that’s what makes me feel like I’m at the pinnacle of happiness.”

Kenya’s quest for love was also well-documented on RHOA, in a series of relationships that didn’t pan out for one reason or the other.

All that bad luck changed when she and Daly first met through mutual friend (and fellow Bravolebrity) chef Roblé Ali back in June 2016. Though the couple didn’t start dating until December of that year, their bond was nearly instantaneous.

The pair married in a romantic sunset ceremony on a St. Lucia beach in June 2017, with Kenya stating, “We both want to start a family, and soon — like, right away. We both want a child.”

So was Marc as excited about fatherhood? “He’s thrilled! He’s just so happy,” Moore raved. “He gave me a big hug and a kiss and then he started to just kind of make jokes. That’s just his personality. He’s a fun-loving, happy person.”

Though the cameras haven’t been there, Moore kept fans updated on her latest pregnancy milestones on social media including her weight gain, baby shopping trips and various ultrasounds.

On the 20th October, she was showered with love at an extravagant fairytale-themed baby shower.

“Words cannot express the joy and happiness I feel in my heart. So overwhelming to have a room of people who came to celebrate the impending life of #babydaly,” Kenya wrote on instagram.

More in Real Housewives Of Atlanta, Reality Television (377 of 3074 articles)