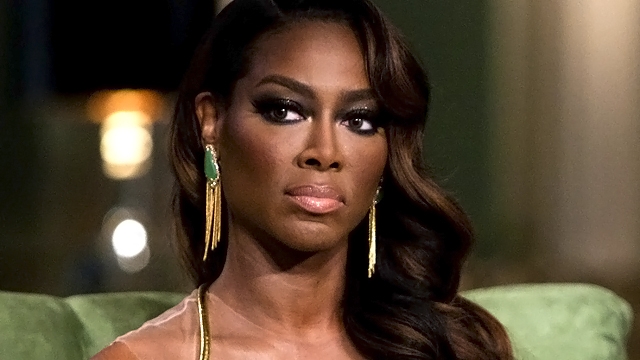 Pay your taxes and bills people!

via Radar Online:
Real Housewives of Atlanta star Kenya Moore will be looking for a new home to film in if she’s returns for season 6 of the reality show because her landlord has sued to have her evicted from the $3999-a-month mansion in which she lives.

According to documents filed in Fulton County, Ga., Kenya failed to make the full rent payment for May she was $848 short and also defaulted on the terms and conditions of the lease.

The owner of the six-bedroom, six-bathroom home in the suburb of Roswell is now seeking rent for June, along with more $2500 in eviction fees and damages.

“The sheriff’s department posted the notice on Kenya’s home last Thursday but she still doesn’t know that she has been evicted because she hasn’t been home yet,” a source in the neighborhood told Radar Online.

According to a neighbor, the 42-year-old former Miss USA is the “neighbor from hell” and the landlord, Conya Weems, has been inundated with complaints ever since she moved in the upmarket community specifically to film for the Bravo series.

“The homeowner is incredibly upset at what is unwanted attention that has been caused as a result of Kenya moving into the neighborhood,” the source said.

“Owners are concerned that the value of their properties are going down because she has not maintained the landscaping, nor the pool, has even storied furniture outside and her dog is always on the loose.”

Moore has until June 7 to answer her landlord’s complaint. 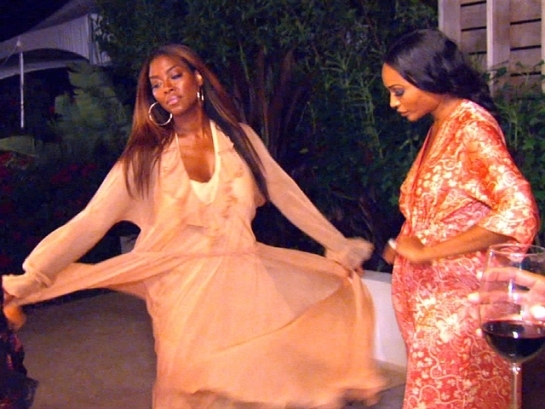 So twirling, Stallion booty DVD’s and a multi-million dollar production company doesn’t seem to be paying the bills. Broke With The Wind Fabulous. Security! What are your thoughts? Post your comments below.