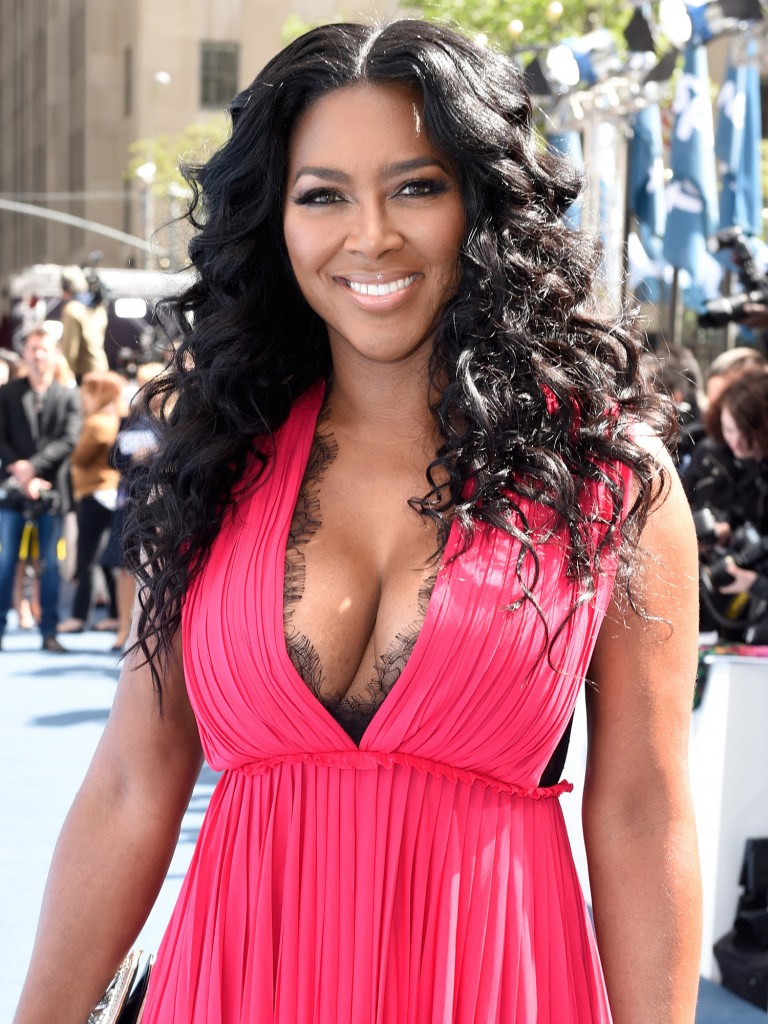 Kenya Moore is a married woman!

The 46-year-old Real Housewives of Atlanta star twirled down the aisle last weekend, in an intimate beach getaway in St. Lucia surrounded by family and friends, PEOPLE can exclusively confirm.

Her husband — a businessman she first met a year ago and began dating a few months later — is choosing to stay out of the spotlight for now, his identity being kept private from the press.

“I’m just ecstatic,” the star tells PEOPLE. “This man is the love of my life and I’m so happy to begin our lives together as husband and wife.”

Fans of the reality star might have had a clue of the tropical wedding location based on Moore’s recent Instagram posts — one of a sunset and the other, a beach-side breakfast (where two glasses of champagne, two forks and two pairs of sunglasses can be easily seen).

“All I need,” Moore captioned one shot in hashtag — adding “thankful.”

Moore has been a fixture on RHOA since the show’s fifth season, known for her “Gone with the Wind Fabulous” attitude, her “Moore Manor” home, and her larger than life feuds with Porsha Williams, Phaedra Parks and Shereé Whitfield.

A former Miss USA, Moore’s has exposed her dating life on the hit Bravo series too — dating (and breaking up with) ex-boyfriends Walter Jackson and Matt Jordan over the course of her four seasons on the show, and often talking about her desire to start a family.

Production and Bravo obviously are not happy. They wanted to catch her ceremony on camera and have no idea how to link her new marriage with their fake storyline of her ‘fighting’ with Kim Zolciak.

Nene Leakes Is Back For Season 10 Of RHOA

More in Real Housewives Of Atlanta, Reality Television (664 of 3074 articles)

Nene Leakes Is Back For Season 10 Of RHOA