Real Housewives Of Atlanta star, Kenya Moore posted a picture of the Last Supper on instagram which depicted herself as Jesus. The 12 disciples included the current cast of RHOA, former friends and enemies – Kim Zolciak, Sheree Whitfield and Marlo Hampton.

It was captioned:
#RHOA reunion set photo… this is meant to be funny! Pls don’t take it seriously 🙂 you know how some of u get… 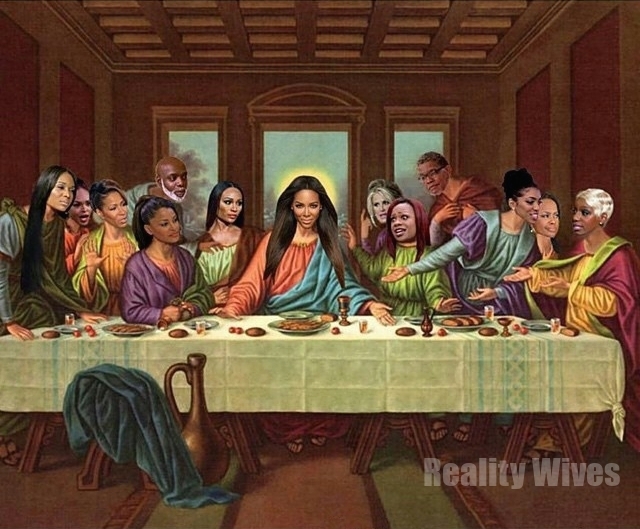 She must have known it would raise a few eyebrows, a few fans told her to take it down as it was disrespectful. Some thought it was funny. She then later removed the picture. Discuss …

FYI: The Last Supper is a late 15th-century mural painting by Leonardo da Vinci in the refectory of the Convent of Santa Maria delle Grazie, Milan. The last supper is celebrated during Pesach (Passover) not communion or Easter (Ēostre), which is pagan.