Kenya Moore Refuses To Return To The Real Housewives Of Atlanta; They Offered Her A Part Time Role, Less Money 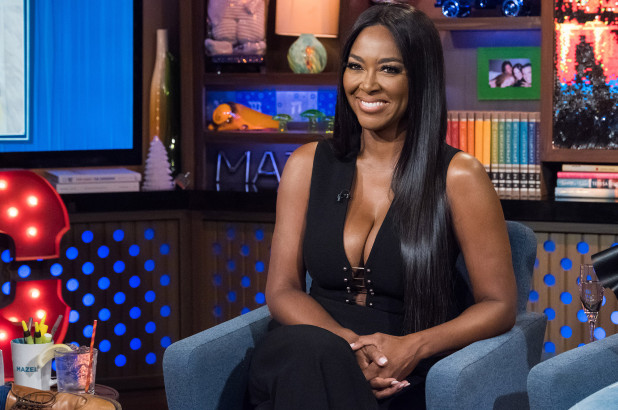 Real Housewives Of Atlanta star Kenya Moore is expecting her first baby and will no longer be a part of the cast of RHOA.

The RHOA star will not be returning for the show’s 11th season, an insider told Page Six.

Producers allegedly, “offered her a part-time role and she didn’t want the reduction in pay. So she’s out,” the insider said.

Kenya, 47, was absent from a cast trip to support Nene Leakes in South Beach, FL, in June. It was assumed it was because she was pregnant.

Kenya joined the hit show for its fifth season. Kenya got married to entrepreneur Marc Daly off-screen last year, and confirmed her pregnancy in April.

In June, she denied reports that she was leaving the show, saying on her Instagram page that she was “reviewing her latest offer.”

Are you happy to see #KenyaMoore leave #RHOA? https://t.co/3zJt6YmQzg

More in Real Housewives Of Atlanta, Reality Television (414 of 3054 articles)