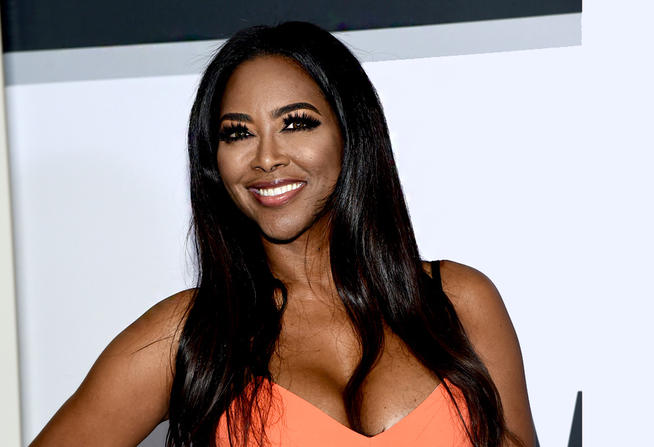 Kenya Moore was watching the Real Housewives Of Atlanta, along with the rest of the RHOA fans. Phaedra made the comment, that, “Kenya needs a good colonic because she’s so full of poop that she’s two shades darker than she should be”. Not a good choice a words in this politically correct climate. Phaedra herself is probably as dark as Kenya and going by her comment needs at least 5 colonics because of the BS she tries to feed us each season. Kenya responded with this tweet.

It's a shame that @PhaedraParks can hate on me being dark skinned. The self hate is real. #blackisbeautiful #RHOA

Kenya’s fans united and commented that Phaedra herself has dark skin, is jealous of Kenya’s looks and mad that Apollo wanted Kenya.

Later on, in response to Kenya showing up to her haircare party with her date, Eugene Casciaro, Phaedra joked that Kenya finally met a man at the dermatologist’s office.

Meanwhile Phaedra’s man is a felon, who left her a single mother of two young boys, is serving 7 years in prison for fraud. That ejaculating in a cup isn’t looking so bad now is it Phaedra?

The tables have display only products. All the gift bags have #KenyaMooreHairCare products as gifts. Leave it to the haters to hate #RHOA

Later Sheree also mentioned that Kenya still wears colored contacts in 2015. Kenya has stated that her eye color is hers without the aid of contacts.

Porsha & Sheree have no room to talk when they both wear heavy weaves & both got breast implants #SelfHate #RHOA pic.twitter.com/MluknDOKAM

So proud after nearly 5 years of development #KenyaMooreHairCare is available for purchase I'm so proud of being able to wear my own hair and not a weave. My products focus on treating damaged and dry hair so that it is stronger and grows longer. Unless you have a medical condition you can grow your own hair longer and only wear weaves when you want to not because you have to. Please go to kenyamoorehair.com to order Ships #blackfriday #RealHair #LongHairJourney #HairGoals #RHOA

It's all mine! #WaistLengthHair #RHOA episode featured the launch of #KenyaMooreHairCare which is over 90% naturally derived. My hair is waist length when completely straight but most of all it's healthy! And yours can be too! Go to KenyaMooreHair.com to order my hair care products. Our focus is growing your own hair longer. Weaves and extensions are good when you want change or a protective style, but if you desire healthy longer hair, try #KenyaMooreHairCare #LongHairJourney #NakedHair4Real

Real Housewives Of Atlanta Preview | Peter Thomas: “When Did You Stop Loving Me?”

Real Housewives Of Atlanta Preview | Peter Thomas: “When Did You Stop Loving Me?”