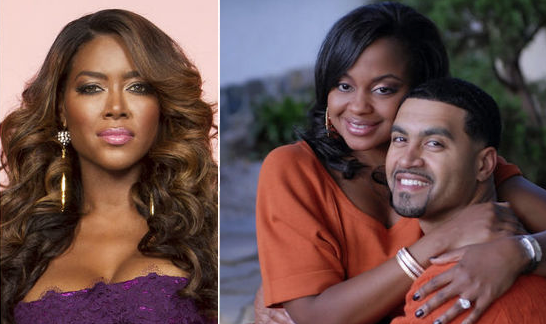 As we reported, Phaedra Park’s husband was charged with bank fraud and identity theft in federal court on Friday. He is currently out on $25,000 bail.

It didn’t take long for Kenya Moore to react to the news.

“Losers never win. I have always seen through ppl and I was the first to tell you last season about these ppl and who they really are,” she tweeted on Saturday.

Last year when speaking about Apollo claiming he had seen Kenya in LA, Kenya responded: “That situation, I’m done with. I’ve said all I have to say and that ridiculous story he made up to Phaedra about seeing me in L.A.? I’ve never seen Apollo outside of a Housewife taping, ever — in L.A. [or] in Atlanta. Maybe he was caught with some other person, I’m not the problem. I’m might be the fall guy but I’m not the problem, I swear.”

Kenya was most likely telling the truth.

Apollo was released on $25,000 bond and has his first court date February 12 but none of that is keeping Parks from promoting her upcoming book, Southern Belle.

“I’ll be doing a reading & singing books Friday, Jan. 31,” Phaedra wrote several times on Saturday, promoting her appearance at Atlanta’s city hall for her new book Secrets of the Southern Belle: How to Be Nice, Work Hard, Look Pretty, Have Fun, and Never Have an Off Moment.

As for Angela Stanton who wrote the book, Lies of a Real House Wife: Tell The Truth and Shame The Devil. She says. “I told yall I wasn’t lying” 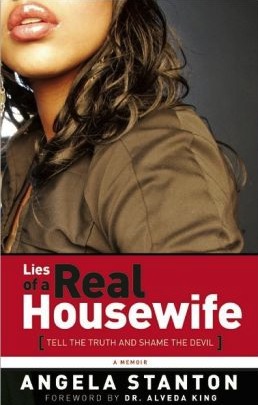 Brazen, incisive, and outrageous, Lies Of A Real Housewife, spans the years of early childhood through adulthood. It’s an illustration of guts, and the determination it takes to overcome tragedies in one’s life. Her story begins at the tender age of five years old when Angela Stanton was raped. She takes us into her survival mode on the streets, and adjustments she had to make in her home life.

The author shares experiences of her teen years, growing up in Buffalo, NY. She leads us on a short stay as a young girl in Greensboro, NC. The author, rapper, wife and mother, guides us through her struggles into her early adult years in Hotlanta.

By fate, she lives a hustler’s life of crime with none other than Real Housewives of Atlanta’s own, Phaedra Parks. By a twist of fate, her life crashes sending her on a trip to a darkened place called hell.

Urban Author, Angela Stanton, survives to give a raw, revolutionary account of her daring journey to redemption. In her sophomore book, Lies Of A Real Housewife, Angela Stanton opens her past life for public viewing.