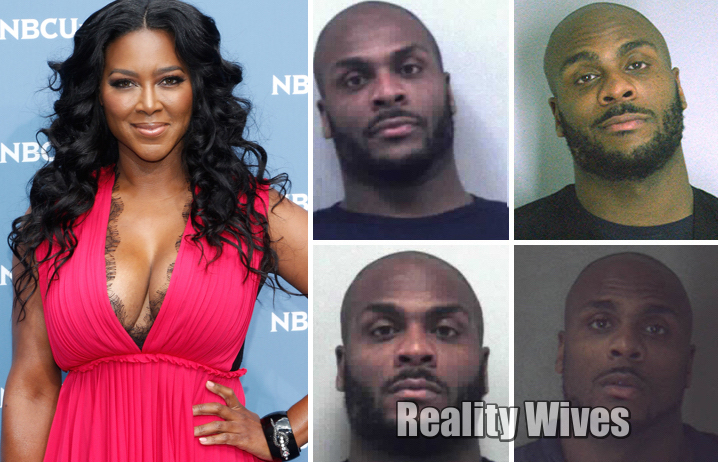 Kenya Moore’s ex is entering Lindsay Lohan and DMX territory after racking up at least 4 arrests within the last year.

We obtained police docs in Georgia that show Matt Jordan’s first bust came in March when he was pulled over for swerving, but got arrested on an outstanding warrant.

Next up, 2 arrests in June! The first for speeding and driving on a suspended license — and just 2 days later he was back in cuffs for a failure to appear warrant.

He saved the best, or worst, for last. In September, Jordan was driving past cops and allegedly shouted homophobic slurs at them. Things escalated and officers ended up firing a Taser into his back, which they say he ripped out and fled into the woods. Cops went to his car, found his ID and arrested him 4 days later for felony obstruction and misdemeanor disorderly conduct.

Kenya’s also accused him of throwing her clothes out of her house during an argument, damaging her property, breaking into her garage and spray-painting her security cameras. Jordan was not arrested for those alleged incidents.

Jordan’s recently claimed his relationship with the “The Real Housewives of Atlanta” star was mostly fake, and producers just portrayed him as the crazy bf.

What does Kenya say?

I’m not playing the victim. I’m fighting back. I Will not continue to be abused by someone who now wants to exploit something I was accused of 5 years ago by a scorned lover as payback to hurt me to justify violent his behavior.
The only thing Matt is guilty of is acting a fool. Yet to continue to abuse me by claiming to be an actor is a joke.

I guess your new side piece, the $100k poor man’s version of a woman is lying about the steroids she bought you too… or the part about sex without condoms #bitchbye
#IWillNeverBeLiedOnAgain #receipts #NotToday #IAmMyOwnStoryline #HeNeededMe
#BitchesBeLike #OneStoryOneTruth
#RHOA”

“And #RHOA tonight No one will ever be able to lie on me again to save their own ass. Once you see it for yourself, the TRUTH is the only story. I have been the most honest and raw this season than I have ever been. There is NEVER an excuse for violence. #kenyamoore #OneStoryOneTruth #NeverAgain”.

#RHOA tonight No one will ever be able to lie on me again to save their own ass. Once you see it for yourself, the TRUTH is the only story. I have been the most honest and raw this season than I have ever been. There is NEVER an excuse for violence. #kenyamoore #OneStoryOneTruth #NeverAgain

More in Real Housewives Of Atlanta, Reality Television (867 of 3074 articles)