Eugene claims they are just friends.

A friend asked him on Facebook if he would appear on the Real Housewives of Atlanta, Eugene replied, “Not my style to be on the show but yes I’m in an episode that filmed already… You just never know how they’ll spin things.” Interesting.

Eugene is 39, turns 40 in September, is 6’5″. He owns and is the CEO of NVision Truck Sales which has sales on record of $5 million. He is a fitness buff and likes the outdoors, fishing, yatching etc. 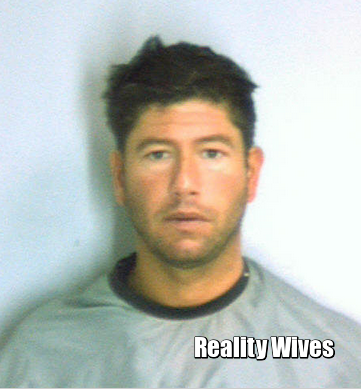 Unfortunately on the 13th July 2009, Eugene was arrested in Dekalb County after being charged with felonies and misdemeanors that include theft by taking, criminal damage to property, obstructing a law enforcement officer, and simple battery, he was released the next day after posting a $15,200 bail. He was not convicted of the crimes. This is the only criminal activity unearthed so far. But what’s a successful marriage or relationship on RHOA without a criminal background (I’m not naming any names, there are at least 5 former and current cast members with a criminal past).

But as Mrs Phaedra Parks-Nida so eolquently put it in a statement about her husband Apollo Nida’s criminal past in 2010:
As Malcolm X so eloquently put it: “Stumbling is not falling.” Yes, my husband is a convicted non-violent offender but I did not marry him because of his past, I married him because I love him. I married him because I am a Christian and I know that a person’s past does not dictate his or her future. Be you a Christian, ordinary citizen or just identify yourself as an American – this country and the justice system, however flawed it may be, was built on the power of redemption.

& of course the oft used on RHOA by Mrs Parks-Nida:
“Every saint is a sinner and every sinner has a past.”

He posted 3 photographs of himself and Kenya on his facebook page. Kenya has posted none as yet, may be they are friends or may be he is her boyfriend. He took down his facebook account as of Thursday 20th August 2015. The reunion should be good. What are your thoughts? Post your comments below.