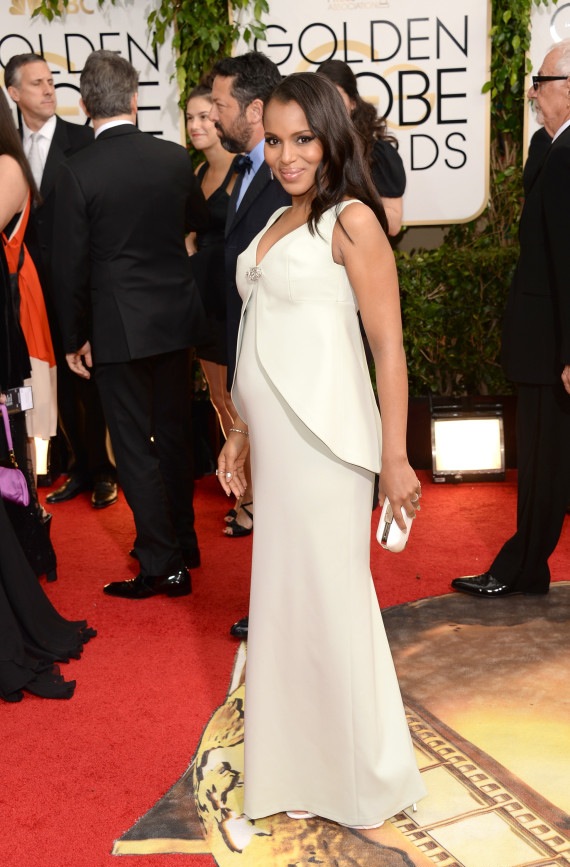 Kerry Washington looked beautiful as she made her official pregnancy debut on the Golden Globes red carpet tonight.

The Scandal star, 36, said her growing baby bump her “best accessory” and joked it was “the best date of the night.”

Kerry managed to keep her pregnancy secret until this past October, when she revealed she was expecting her first child with her husband, NFL player Nnamdi Asomugha, whom she married in a secret ceremony in June.

The actress, who is also nominated for an Emmy this year, has always kept her personal life under wraps, but says she’s had to learn how to strike a balance between fame and her private life. 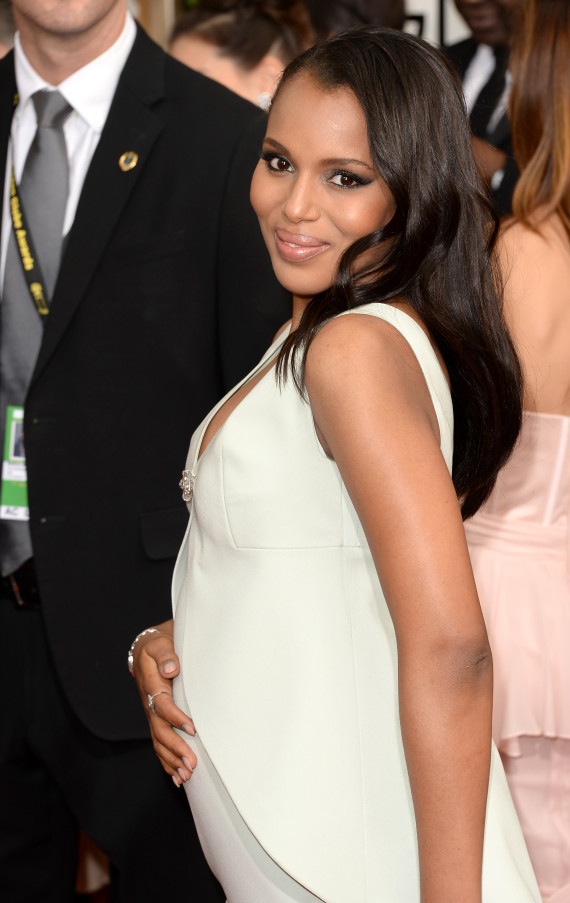 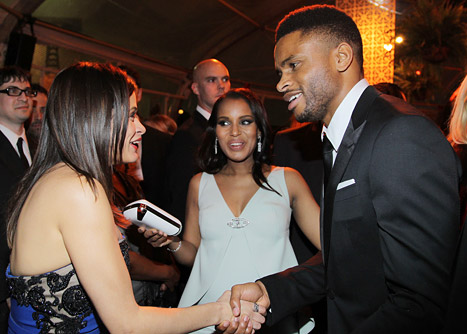 She looks amazing! What are your thoughts? Post your comments below.