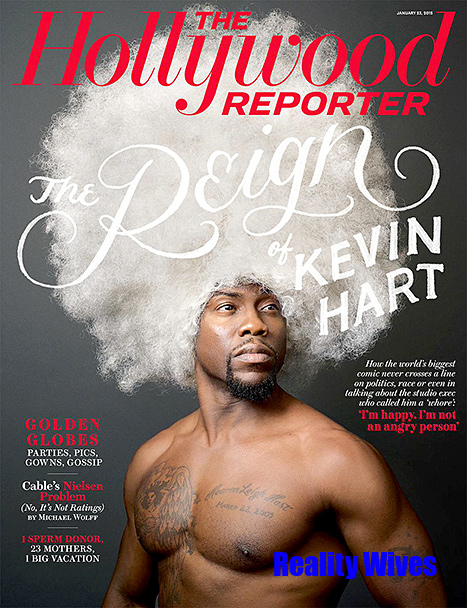 via US MAGAZINE:
Hey, Kevin Hart, Marie Antoinette called, and she wants her wig back!

The funnyman has been very busy this awards season, shamelessly cracking jokes at every major show to promote his latest film, The Wedding Ringer. (It’s working! Ringer hits theaters Jan. 16.) But his latest beauty moment might be his boldest move yet: Check out his giant white afro on the cover of The Hollywood Reporter!

The comedian, 35, who’s known for his insanely upbeat sense of humor, actually struck a serious (albeit shirtless) pose for the weekly zine. But on his head, Hart worked one seriously large set of powder-white curls.

The issue’s cover declared that we are living in “The Reign of Kevin Hart,” and Hart said he’s planning to hold onto his crown! “I want to be a mogul, like Oprah or Jay Z or Tyler Perry,” Hart told THR. 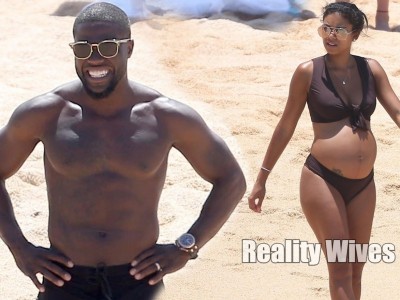 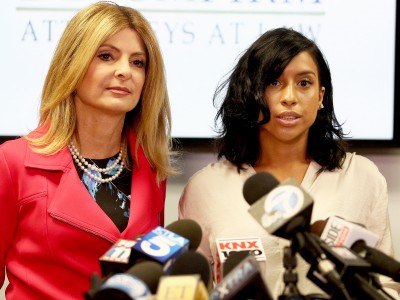 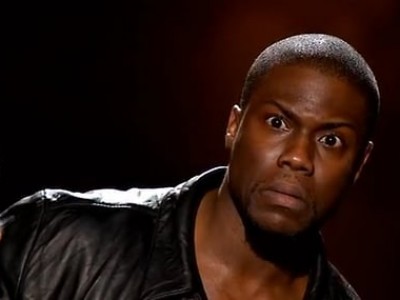 More in Celebrities, Real Husbands Of Hollywood (1514 of 2515 articles)