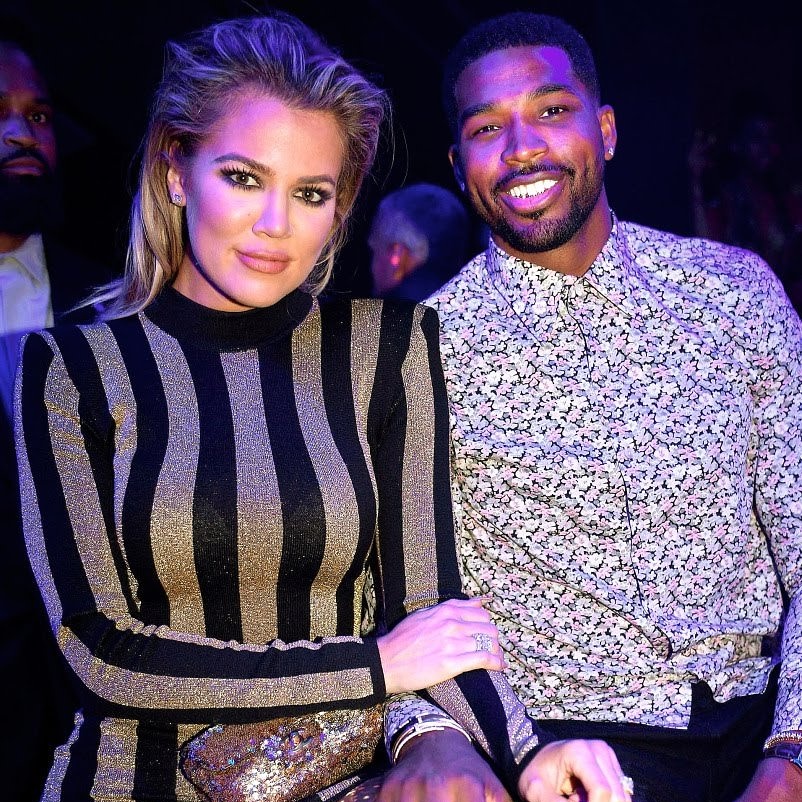 There’s a baby on the way for Khloé Kardashian and Tristan Thompson!

Multiple sources confirm to PEOPLE that the Keeping Up with the Kardashians star, 33, and her NBA boyfriend — whom she has been dating since September 2016 — are expecting their first child together.

Khloé is the third Kardashian-Jenner sibling to currently be expecting a child.

Kardashian’s pregnancy comes days after sources confirmed to PEOPLE on Friday that Kylie Jenner is expecting a baby girl with her boyfriend Travis Scott. She is due in February.

Kim Kardashian West and husband Kanye West are expecting their third child after hiring a surrogate to help them expand their family.

The baby will be the first child for Khloé. Thompson, 26, welcomed a son named Prince Oliver with his ex-girlfriend Jordan Craig in December 2016.

“Yes, Khloe and Tristan are expecting and they are absolutely thrilled,” a source tells PEOPLE. “This isn’t something they were in a rush to announce to the whole world, and it’s only been in just the past week or so that they’ve felt comfortable telling most of their inner circle. Things were complicated a bit by Kylie’s announcement as they don’t want to be seen as intruding on that moment for her but it is now reaching a point where Khloe doesn’t want to be openly lying to people, and just staying quiet isn’t going to work anymore.”

Adding, “This is something Khloe has wanted for years and years and yet it’s more than that: she didn’t want it unless she was in the right relationship for it. She never let it happen with Lamar, intentionally, and she never considered it with James or French or anyone else she has seen. But this is such a wonderful moment for her: not only is she going to be a mother, she is going to be raising a child with a man she truly loves. Everyone is over the moon for them both.”

RHOOC Star Kelly Dodd Declares: “Our Marriage Is Over, I’ve Had Enough, I’m Done With Our Marriage.”

More in Reality Television, The Kardashians (574 of 2631 articles)