By : Ally
Comment: 0
Tag: French Montana, Keeping Up With The Kardashians, Khloe Kardashian 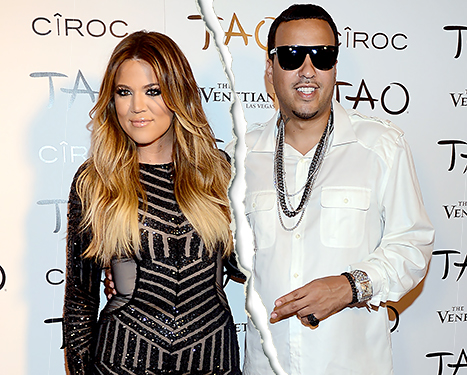 Khloe Kardashian and rapper French Montana have called it quits for a second time this year. The couple began dating over eight months ago and their relationship played out on the newest season of Kourtney & Khloe Take The Hamptons. While many have claimed that French Montana abandoned his son and ex-wife for Khloe, sources claim that Khloe ended the relationship because she wasn’t ready to give up on her estranged husband Lamar Odom. The sources say:

Khloe filed for divorce from Lamar after four years of marriage after her received a DUI and was rumored to have a drug problem and multiple mistresses. In September, Khloe and French Montana broke up for the first time with French Montana later saying that Khloe would be his “baby forever.” A few months later, in November for his birthday, Khloe said:

“I love memories…and I still talk to him. In only a short amount of time we have created timeless memories. Happy birthday to a man who genuinely lives life to its fullest. ‘What’s understood doesn’t need to be explained’ @frenchmontana I can’t wait to celebrate life with you tonight! You deserve it!!”

The couple noticeably spent time apart for Thanksgiving, with Khloe hosting her family for an intimate dinner. On December 3rd she shared a cryptic message reading:

“The saddest word in the whole wide world is the word almost. He was almost in love. She was almost good for him. He almost stopped her. She almost waited. He almost lived. They almost made it.”