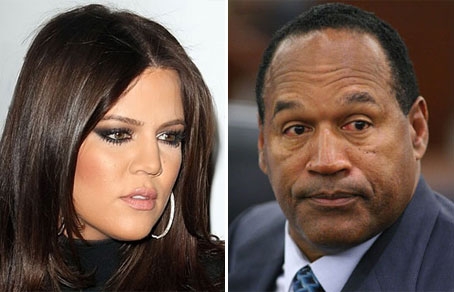 Rumors have been swirling for years over the fact that Khloe Kardashian may not be a Kardashian after all. On the family’s reality TV show, “Keeping Up With the Kardashians” the family poked fun at the rumors by requesting Khloe get a DNA test. Something that Khloe didn’t find funny at all, and was greatly affected by her family’s insensitivity. Now O.J Simpson’s manager, Norman Pardo has come forward saying that O.J Simpson may be Khloe’s biological father after all. Norman reveals that the truth “is going to come out sooner or later.” He also says that he believes Khloe was conceived in a drunken hookup as Nicole Simpson, O.J, Kris Jenner, and the late Robert Kardashian were great friends and had many parties together. Norman says that the families took their “vacations together” and “there was a lot of partying going on back then. Kris cheated on Robert. She was known for having a good time.”

Norman also reveals that whenever he brings up the biological allegations with O.J “he giggles.” And Kris’ own sister, Karen Houghton is coming forward saying “yes, there are rumors that Kris and O.J. had an affair. And there are rumors that O.J. could be Khloe’s father. I know O.J. was trying to contact Kris from jail.”

O.J’s manager hints that he could be preparing to tell his side of the story with or without Kris’ consent. If a judge grants O.J’s request to be released pending a new trial in December, Norman claims that O.J plans to air more information about his relationship with Kris. Kris completely denies it saying “this is an absolute lie and not true. I have never had an affair with O.J. Simpson.”

Robert Kardashian’s widow, Ellen Kardashian, has claimed that Robert told her he was not Khloe’s real father, and others have suggested that the true dad may be Jenner’s old hairdresser Alex Roldan, who bears a striking resemblance to Khloe. A family friend says that the news would be a devastating blow to Khloe because “she heard her mom talk about how he beat her best friend, Nicole. She thought O.J. was a monster. There are so many emotions and so much pain associated with this man.” Khloe is also going through a lot with her marriage to NBA star Lamar Odom which involves cheating allegations and a drug addiction. I think O.J’s manager is looking for fifteen minutes of fame and should leave Khloe alone. What are your thoughts? Post your comments below.